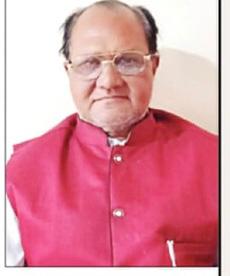 Balangir: Tribal leader Braja Kishore Singhbhoi passed away at a hospital in Balangir on Sunday. He was 72.

Singhbhoi was admitted to Bhimbhoi Medical College and Hospital after he complained of breathing problem on Sunday morning. But he succumbed while undergoing treatment.

He had been the president of Balangir Zilla Adivasi Kalyan Sangh since 2010 and striving for the upliftment of tribals.

He also demanded action against holders of fake tribal caste certificates, for misusing the benefits meant for deserving tribals.

He was also fighting for the forest land rights. He has also worked for the people amid Corona pandemic.

Bhoi is survived by two sons Asish and Debashis.

COVID-19 Vaccines May Not Be 100% Foolproof: Odisha Govt