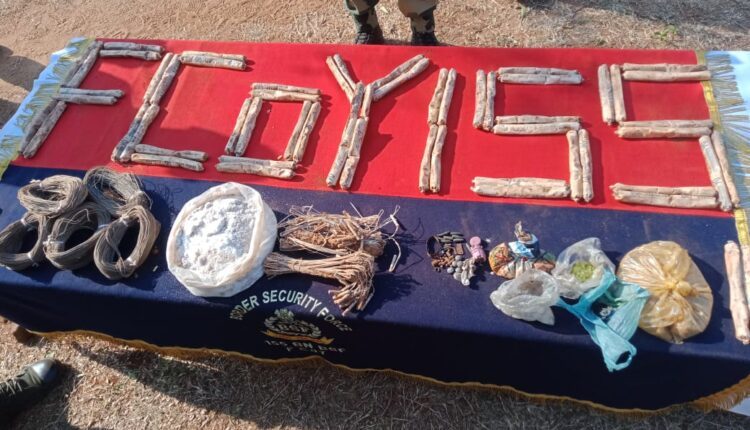 Jeypore: Security forces seized a huge cache of explosives inside a forest in Narayanpatna block of Odisha’s Koraput district on Saturday.

According to Koraput SP Varun Guntupalli, security personnel noticed a mound under a tree during a combing operation in Bhitarpada forest near Pindamali village this morning. Later, they dug out the mound and recovered 60 gelatin sticks, 50 detonators and wires kept in a sack.

Stating that the Maoists had hidden these explosives to target security personnel, the SP said that the combing operation in the area has been intensified with the deployment of additional forces.

Similarly, a landmine allegedly planted by Maoists was defused by CRPF personnel in the Naupada district on February 26.

Also Read: Another ‘Maoist Attack’ Averted In Odisha; This Time It Was A Landmine