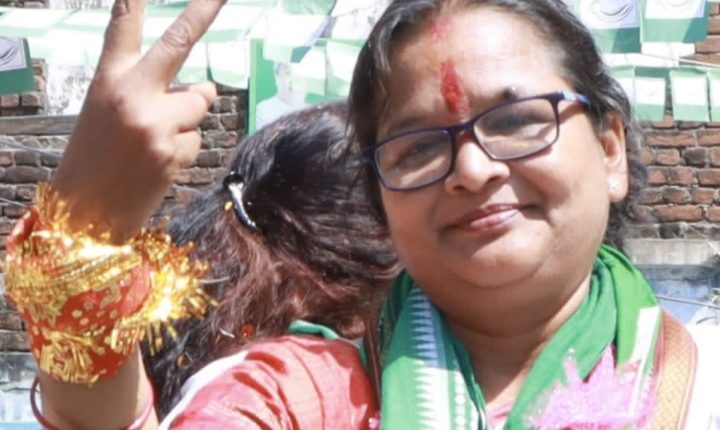 Thanking city denizens for their support, she said that she would carry forward the good work and standards set by Chief Minister Naveen Patnaik.“I will take Berhampur to new heights with all-round development. My focus will be health, sanitation,  cleanliness and beautification of the city,” she added.

The BJD women wing president in Ganjam district had joined the party in 2013 after quitting Congress. She also served as a corporator in BeMC thrice, twice on Congress ticket.

A resident of Bada Sahi in Bijipur, Sanghamitra did her schooling at Unit IV Girls High School and graduated from RD Women’s Autonomous College,  both in Bhubaneswar. She completed LLB from Ganjam Law College, Berhampur. She also did a Diploma in Human Rights and Duties from Berhampur University.

She had settled down in the Silk City after getting married to the firebrand political leader of Ganjam, Bhimsen Dalei, on May 20, 1997.

The BJD also bagged 30 of 42 corporator seats in the BeMC while 7 went to BJP, 4 to independent and 1 to Congress. Three of 30 coporators, belonging to BJD, were elected uncontested.