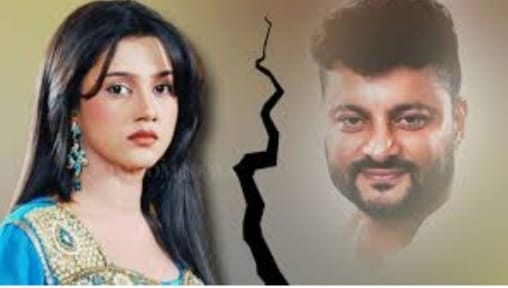 Cuttack: In a relief for actor-turned-politician Anubhav Mohanty, his estranged wife Varsha Priyadarshini on Tuesday informed the district judge court that she would vacate his parental house at Nandi Sahi in Cuttack city.

Filing a memo, the actress said that she would leave the place within a month.

On June 2, the SDJM court directed Varsha to vacate her in-law’s place while hearing a petition filed by the lawmaker, who had pleaded on behalf of his elderly parents, who were keeping unwell and wanted to return to their home. While directing Anubhav to pay Rs 30,000 compensation for her accommodation, the SDJM court said that Varsha would have to leave the house within 2 months of receiving the first two financial assistance. The Kendrapada MP was asked to pay the amount on/before the 10th of every month for her accommodation.

Varsha later moved the district judge court, which issued an interim stay on the SDJM court’s order on June 21.

With the actress now filing the memo, the issue has been resolved for now.

Notably, Anubhav in his second tell-all video had urged Varsha to allow his family to return to their house and assured her that he would bear the rent of any house she picks in Cuttack.

Anubhav is seeking a divorce from her and has time and again said that there is no room for reconciliation between the estranged couple.

Crops In Over 1.20 Lakh Hectares Damaged In Odisha Floods

Indian Navy To Get New Ensign; How Many Times Has It Been Changed?