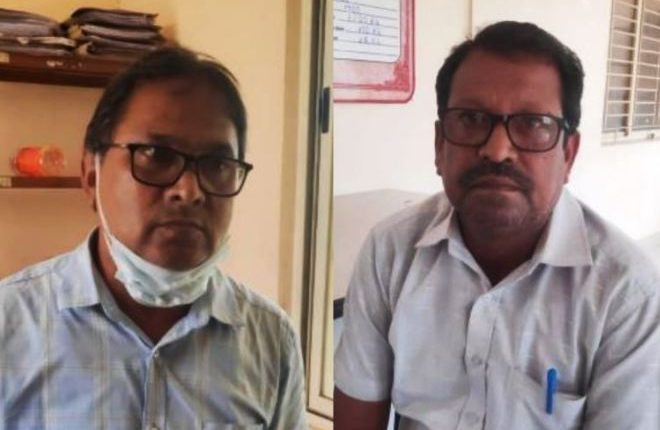 Bhubaneswar: Vigilance sleuths on Monday apprehended a tax collector and a former official of the Bhubaneswar Municipal Corporation (BMC) for allegedly demanding and accepting Rs 15,000 bribe.

It was alleged that tax collector-cum-ward officer at Khandagiri Bari, Hemanta Kumar Sahoo, and retired tax collector Jogendra Pradhan had demanded the bribe amount from a complainant to reduce the holding tax amount, an official release said.

Pradhan, who was earlier working in the same ward office, had been assisting Sahoo. He was to get Rs 7,500 of the bribe money, it said, adding that both were caught red-handed while accepting the bribe money.

The bribe money has been recovered from the possession of the accused and a case registered in this connection. Further investigation is in progress.

Heritage Cabinet 2017 Remains A Non-Starter To This Day