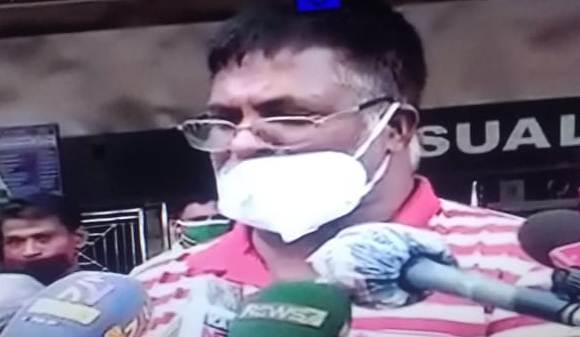 Assets worth Rs 1.32 crore have been found disproportionate to his known sources of income, the Vigilance officials said.

Speaking to the media soon after his arrest, Hota said that had got the plot at Dumduma on lease and incurred a loan of Rs 19 lakh for construction of a house.  The present estimated value of the building is Rs 35 lakh, he said,

On detection of huge movable and immovable properties, he said apart from his monthly salary, which is about Rs 1 lakh, his son, who is an IIT graduate, is also earning over lakhs per month.

Stating that the Vigilance raid has been done on the basis of a petition filed by one of the members of his family, the DFO said that he will soon file a case in the court.

The anti-corruption officials on Monday had conducted simultaneous raids on the office of Hota at Balugaon in Khurda district, a house at Dumduma in Khandagiri area and a three-storey building at Chandrasekharpur in Bhubaneswar, his ancestral house at Biridi in Jagatsinghpur and a relative’s house at Padmapur under Balipatna police limits.

Timber Worth Rs 2 Lakh Seized During Raid In Odisha’s…