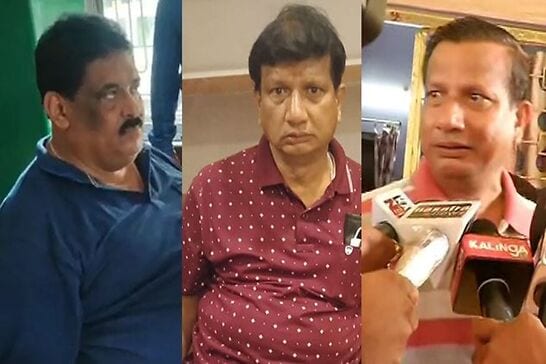 Bhubaneswar: The Odisha Vigilance on Tuesday revealed that Rs 28,97 lakh was detected in possession of three senior government officials, who were arrested on October 10 for carrying unaccounted cash in their vehicle.

According to a release by the State Vigilance, additional cash of Rs 6,35,723 was recovered during the search of the official residence of Regional Officer, Odisha State Pollution Control Board (OSPCB), Narrotam Behera at Balasore. With this, a total of Rs 16,49,723 in cash has been seized from his possession. Besides, a plot in the name of Behera has been located at Raghunathpur in Bhubaneswar.

Similarly, a plot at Dolamundai in Cuttack with the sale deed value of over Rs 35 lakh and four more plots in Chhatrapur in Ganjam district have been found in the name of Bidhan Chandra Sahu, Superintending Engineer of Baitarini Irrigation Division in Keonjhar district.

The Vigilance officials had also recovered Rs 1.75 lakh while searching the vehicle of the Regional Officer of OSPCB, Rourkela, PK Mohapatra after he arrived in the capital city from Rourkela on Saturday evening.

The total cash seized in all three interceptions amounted to Rs 28,97,443, the release added.