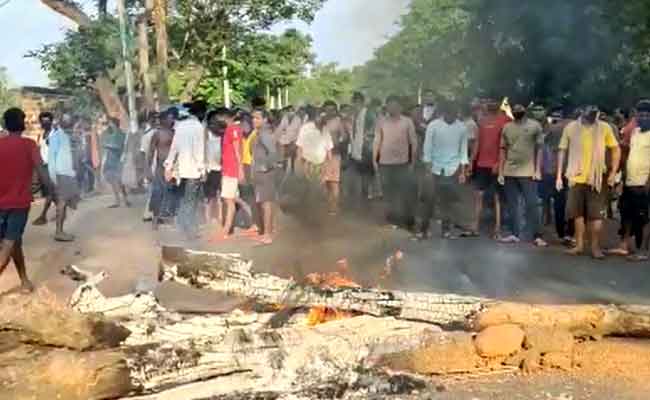 Athagarh: Irate villagers ransacked the house of a sarpanch in Cuttack district on Tuesday after a youth was abducted at Mahakalabasta village in Athagarh block on Monday night.

The villagers alleged that the sarpanch’s son, Alok Baliarsingh, and his associates abducted the youth, Rajendra Puhana. The two were involved in a longstanding feud, they added.

Sources said Rajendra had gone to Athagarh town to buy medicines for his father on Monday evening. Rajendra, however, didn’t return home till 10 pm. His worried family members tried to contact him over phone, but without success. The family along with some villagers then launched a search for him. Sometime later, they found Rajendra’s bike and mobile phone lying on the roadside.

Suspecting the involvement of the sarpanch’s son, villagers barged into his house on Tuesday morning and ransacked it. They also damaged a bike parked outside.

Later, the villagers staged a road blockade on the state highway near their village to demand the youth’s release and arrest of the accused.

Following information, the Additional SP and a team from Khuntuni police station rushed to the spot. The policemen assured the agitators of action against the accused, but the latter refused to budge.

Till reports last came in, two platoons of force were deployed in the area to maintain law and order.

The ASP informed that two special teams were formed to trace the whereabouts of the abducted youth and the accused.