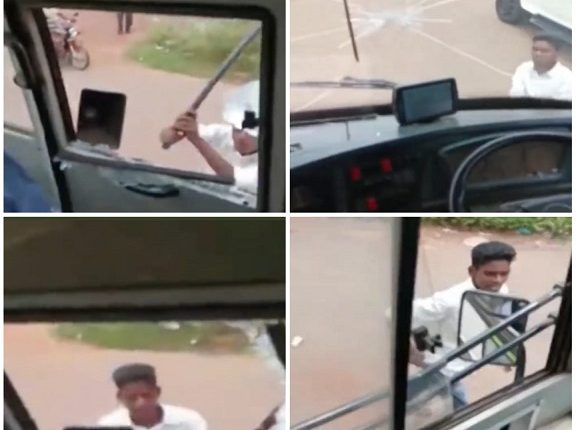 Bhubaneswar: A youth attacked a Mo bus with an iron rod on the Sunderpada-Jatni road on Thursday.

The incident took place on route No. 22A. The bus seemed empty during the incident.

The youth smashed several windows of the bus. The driver was injured in the incident, according to reports.

The reason for the attack is yet to be ascertained. A complaint has been lodged with Pipili police.