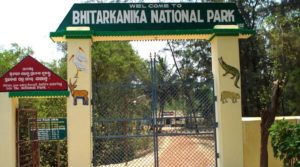 Now, the area within 50 metre of High Tide Line will be treated as CRZ.

This has come as good news for fishermen, forest dwellers and environatmentalists, who welcomed the Ministry’s decision at a public hearing on Coastal Zone Management Plan draft, organised by the district administration and Forest department on Saturday.

“In the public hearing, a few fishermen and prawn gheri owners demanded publication of proper CRZ maps. We told them that Odisha Space Application Centre (OSAC) is working on it,” said the DFO.

There is now a demand to de-notify some villages from the national park area owing to their location.  Some prawn farmers from Rajkanika and Rajnagar said although they had registered their farms under Coastal Aquaculture Authority  (CAA) and Rules, 2005, these are being demolished by the officials.

Odia Youth ‘Trapped’ In Dubai; Baijayant Panda Writes To Indian Consulate For His…