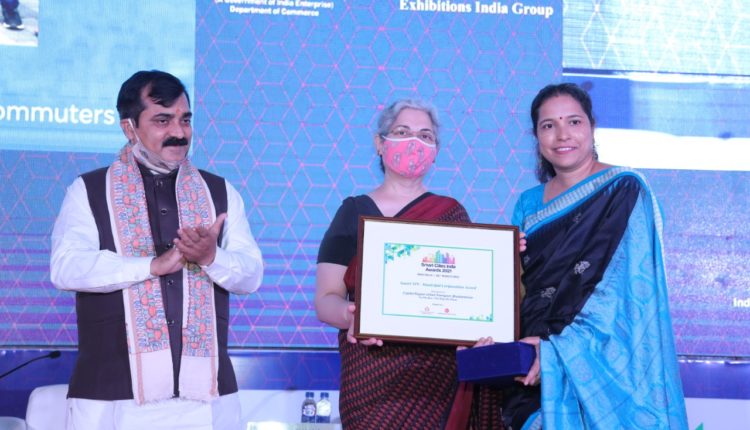 Bhubaneswar: The Capital Region Urban Transport (CRUT), which runs Mo Bus in the state, has been adjudged winner in 6th Smart Cities India Awards 2021 in the ‘Smart SPV/Municipal Corporation’ category.

The event is organised by the India Trade Promotion Organisation (ITPO), the nodal agency of the Central government under the aegis of Ministry of Commerce and Industry and Exhibitions India Group. On behalf of CRUT, general manager Dipti Mahapatro received the award at Pragati Maidan in Delhi on Friday.

The awardees are selected on the basis of the projects from the designated special purpose vehicle under Smart City Mission that are promoting sustainable development in urban areas in the country. The organisers recognised CRUT’s vision to provide excellence in public transit service and strive for continuous improvement of the Capital Region’s public transport system.

“We are honoured to receive one more national award. Within two years of its operation, Mo Bus has emerged as lifeline of citizens in the Capital Region of Odisha. I thank our commuters for their continuous trust in us,” said Arun Bothra, Managing Director, CRUT.