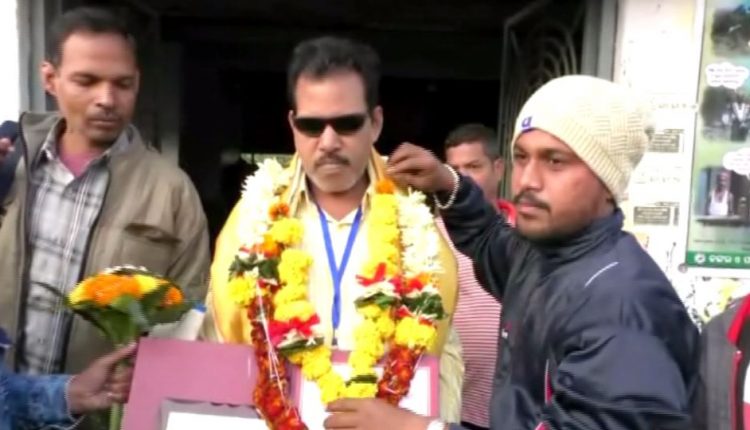 The people of Paralakhemundi welcomed him in a grand ceremony when he returned from Delhi. Earlier, Niranjan was felicitated by the Chief Minister in 2013.

“Each award is encouraging me to do more work,” said Niranjan.

Behera lost his eyesight at the age of eight in an accident. He was studying at Aurobinda Government U.P. School. The disability put a halt to his education and he could not clear matriculation because of 100 per cent blindness.

Undeterred, he joined Centre for Community Development (CCD), a local voluntary organisation, in 2004 and worked for the cause of the disabled.

A National leadership Camp in NTPC Noida, organised by SABAL Center of Action Aid, Bengaluru, prepared him to fight for the rights of the disabled.

In 2010, he became the state coordinator of ‘Odisha Bikalanga Manch’ and was nominated as its president, two years later.

He advocated the functioning of an independent disability commissioner in Odisha. On his recommendation, the Odisha government provided 10 kg of rice per month to every individual PWD in the state.