Dutee Chand Is Vogue’s Sportsperson Of The Year 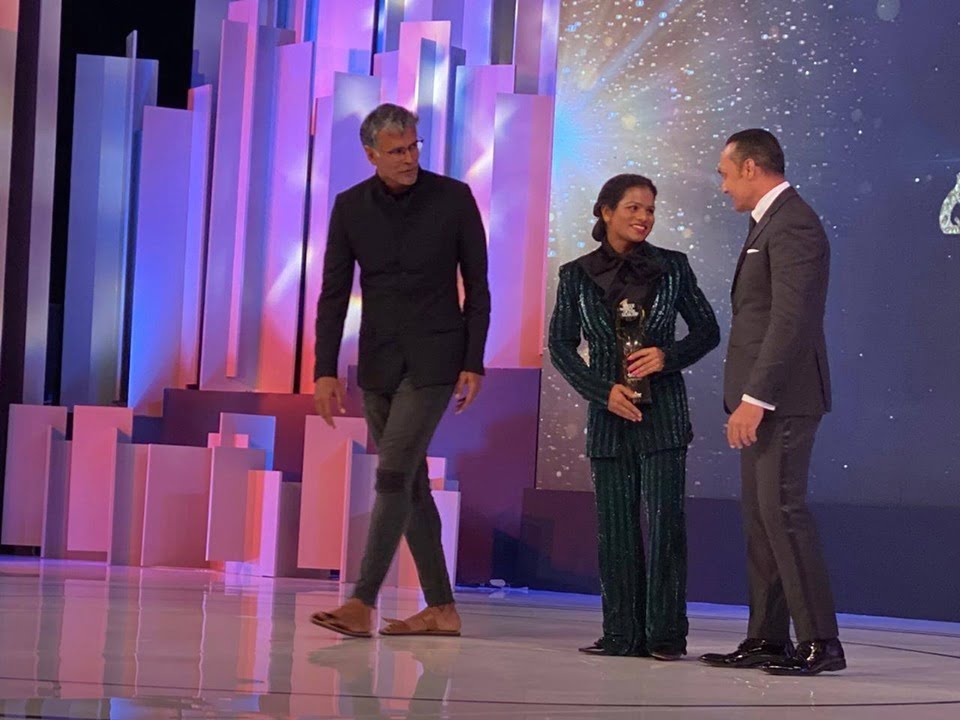 Bhubaneswar: India’s fastest woman Dutee Chand has won the Vogue award for Sportsperson of the Year 2019.

“Apart from record-breaking firsts on the track, Dutee Chand is also India’s first openly lesbian athlete. The professional sprinter announced that she was in a same-sex relationship earlier this year, and earned high praise from many quarters, including talk show host Ellen DeGeneres. Just over a month ago, Chand clinched the gold medal in 100 metres at the World University Games in Naples, making her the first-ever Indian woman track and field athlete to do so, clocking 11.32 seconds,” the website said.

Dressed in a simmering green suit on the occasion, Dutee said she took to sports to get a job and improve the financial situation at home. The ace sprinter said that she considers herself a very strong woman, who could carved a niche for herself in tracks and fields despite coming from a humble background.

“My ultimate aim is to bring home the gold medal for India in the 2020 Tokyo Olympics,” she said.

Dutee said that she considers winning the case at the Court of Arbitration (CAS) after being dropped India’s Commonwealth Games contingent in 2014 due to hyperandrogenism policy of the world athletics body (IAAF) as her biggest achievement so far.

Ten years down the line, she sees herself in politics.