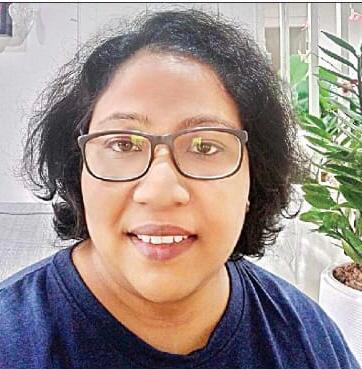 Bhubaneswar:  Former woman cricketer of Odisha Dr Parimita Mohanty has been recognised as one of 100 most influential people in the category of gender policy for 2021 by ‘Apolitical’, a global social network for civil servants.

Parimita has found the place in the list along with such dignitaries like New Zealand Prime Minister Jacinda Ardern and former UNFCCC chief Cristiano Figurus. She was conferred the Social Innovation Award at New Delhi in 2010 and Graphical System Design Achievement award in 2012.

Parimita, who now stays in Bangkok, has represented Odisha in several inter-state cricket tournaments from 1993 to 2001. Now Parimita is working as Programme Management Officer of renewable energy at the reginal office of the United Nations’ Environment Programme for Asia and the Pacific. She has been working for renewable energy, climate change, and financial empowerment of women for the last 18 years.

The London-based Apolitical group drew up the list from among 1,100 women, working in apolitical organisations all over the world.

Parimita expressed her happiness for being selected for the list which is recognised in 150 countries.