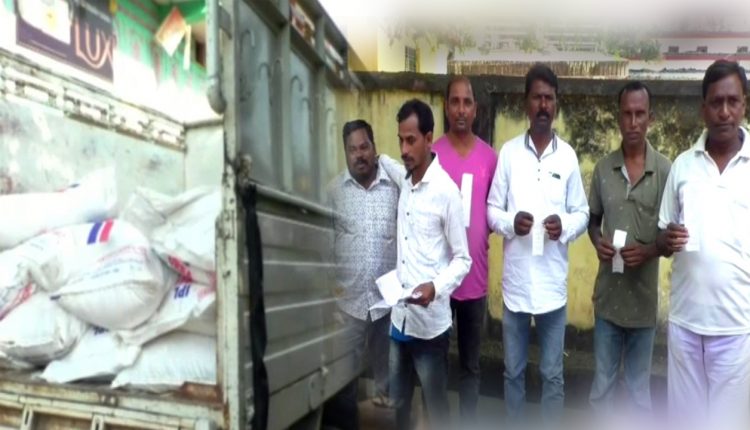 Titilagarh: Tirilagarh Sub-Collector Manoj Satyaban Mahajan on Monday raided several fertilizer godowns and licensed shops in a bid to prevent hoarding and black-marketing of fertilizerz in the town and sealed a few of them.

However, the pro-active officer along with Tehsildar intercepted a fertilizer-laden vehicle proceeding to Kalahandi district mistaking it to have been bought from Bijepur. Six farmers of Choramara village had purchased manure from Salebhata and taking them to their fields were inconvenienced by the interception.

The fertililzers were seized and the hired vehicle belonging to Rabi Rana of Choramara villege was also seized. The farmers presented genuine bills and documents in support of their purchase, it was learnt. However, the farmers are moving from pillar to post to release their fertilizers lying at Titilagarh police station.

The affected farmers Bidur Nag and Gati Bagarti said they were transporting 20 bags of manure for them and other fellow farmers and urged the officials to release their fertilizers at the earliest.