Odisha’s Khoka Sir, Happy To Be In Company Of Snakes 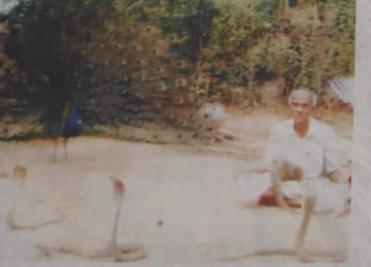 Keonjhar: This octogenarian has spent the better part of his life in the company of snakes, they being his pets. And, hold your breath, he thinks pythons are great pets!

So much for 86-year-old Subash Singh alias Khoka Sir of Anandpur in Keonjhar district, who has spent time with snakes since childhood. He has been living with them for 66 years, to be exact.

As a child, he used to keep them in earthen pots in the wild. When he realised that he could be friends with them, he brought them home. Now, he has around 25 snakes of different species including cobras and pythons. The best part is that he does not use them to earn a quick buck. They are his babies. What cats and dogs mean to others, snakes mean to Khoka Sir.

He has also taken upon himself to demystify certain myths related to snakes. One of them is that snakes are revengeful. Far from this, says Khoka Sir, a retired teacher. A snake has a short memory power, so how can it be revengeful, asks Khokha Sir. And there is nothing like if you kill a snake, another (its mate) will follow you and take revenge.

He also creates awareness among people that when a snake bites a person, he should go to a hospital immediately, instead of going to a sorcerer.

Among his other pets are mongoose and peacocks.

He is also very popular as a children’s book writer.