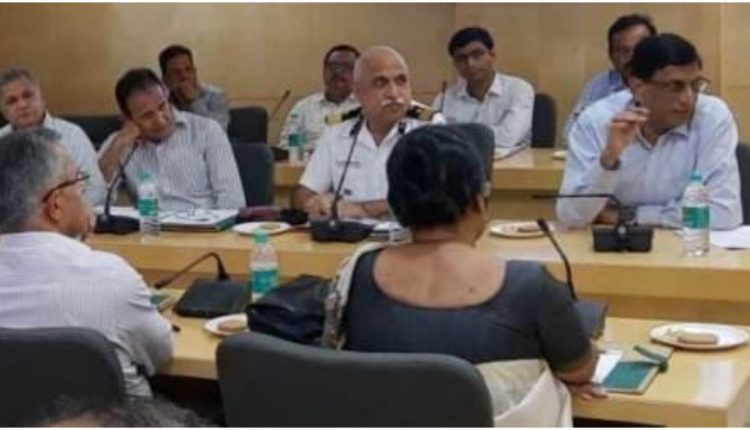 Bhubaneswar: With Olive Ridley sea turtles arriving on Odisha beaches for mass nesting, the state government has decided to step up measures for their protection.

Presiding over a high-level meeting at the Lok Seva Bhawan here on Thursday, chief secretary Asit Tripathy directed the departments of Fishery, Forest and Marine Police to operate in close coordination and ensure strict enforcement of the conservation rules.

The Coast Guard has been requested to have real-time intelligence sharing with the departments about any illegal fishing while institutions like Interim Test Range (ITR), DRDO, Dhamra Port, Gopalpur Port and Paradip Port authorities have been requested to follow the black-out and light deeming practices to save the turtles from possible delusion.

The meeting decided to take the following steps:

—Fishing ban would remain in force for six months from November this year to May 31, 2020.
—Considering that the ban will severely affect the livelihood of local fishermen, compensation of Rs 7500 each would be provided to around 8000 families.
—Fishing by the trawlers with 30 HP or more would be banned up to 20 kms inside the sea, particularly in the area where the Ridley turtles congregate for mass nesting and its buffer zones along the Dhamra, Devi and Rushikulya river mouths.
—66 offshore patrolling camps will be set up along the nesting areas.
—Each patrolling camp would be provided with VHF communication devices, mobile phones and required camping materials.
—There would be regular communication and intelligence sharing among the Coast Guard, patrolling ship, patrolling camps and Marine Police.
—Armed Police Reserve (APR) force would be deployed for patrolling and enforcement activities.
— District collectors would depute magistrates to remain in charge of APR force placed at disposal of the DFOs.
— Places at Babubali, Agarnasi, Devinasi and Purunabandha will be bases for sea-going petrol.                                                                                 —
—  Four berthing places at Barunei, Gupti, Sanapeta and Krishnapriyapur will be set up for safe custody of the seized vessels.
—Conservation and protection activities will be carried on in coordination with the Coast Guard, Naval wing, ITR, Fisheries & Animal Resources department, police, port authorities, community-based organizations and Forest & Environment department.
— A central monitoring unit would be set up in the office of the PCCF (Wildlife).
— There will be circle-level monitoring mechanisms under the direct supervision of Regional Conservator of Forests (RCCF) in Bhubaneswar, Berhampur and Baripada to coordinate with other law-enforcing agencies and involve local NGOs in the activities.
—Sporadic nesting activities of the turtles and their mortality would be monitored through a web portal www.manage,odishawildlife.org
—Soon after the mass nesting, the rookeries would be fenced to protect the nests and eggs.

The meeting deliberated on the action plan for 2019-20 and decided to undertake awareness activities.

Odisha’s Khoka Sir, Happy To Be In Company Of Snakes