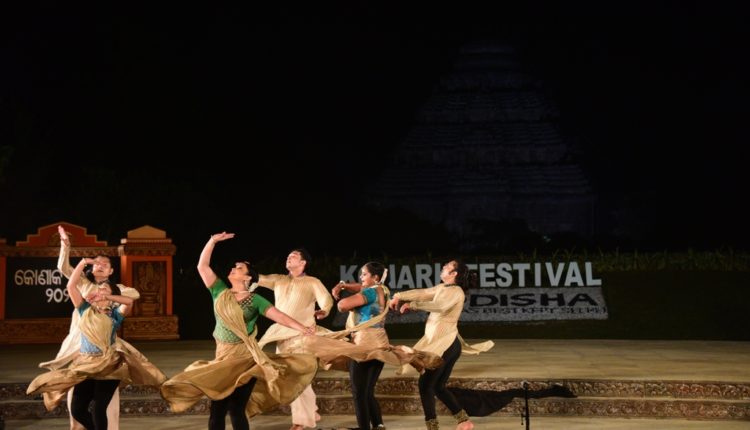 Bhubaneswar: The concluding evening of Konark Dance Festival witnessed an amazing rendition of Odissi and Kathak on Saturday.

The show opened with senior artists from GKCM Odissi Research Centre performing Mangalacharan dedicated to Surya Deva, the presiding deity of the Konark temple. It was followed by Shankaravarana Pallavi on the compositions of Guru Kelucharan Mohapatra and Guru Bhubaneswar Mishra. The enactment of Krushna Gatha on the popular lyrics of medieval poets exhibited the love between Lord Krishna with Radha and Gopis.

The Kathak performance commenced with “Ganesh Stuti” depicting love as devotion. It was followed by ‘Kathak Triveni’ which was based on musical composition on the amalgamation of three rivers. The concluding item was changing landscape of love as passion.