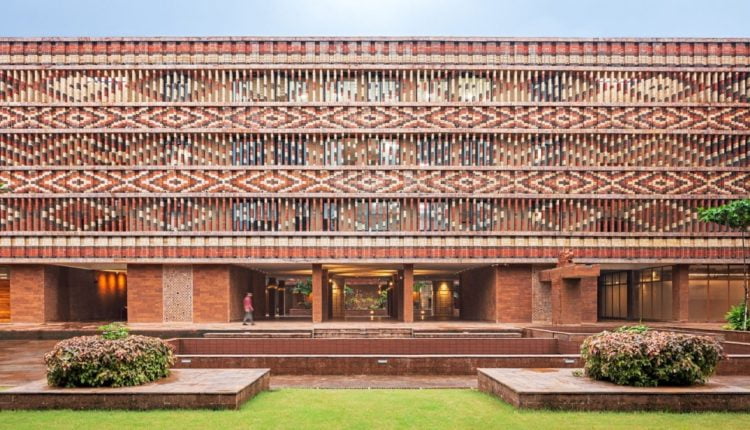 Bhubaneswar: Odisha, which has always grabbed eyeballs for its architectural finesse, added another feather to its cap after Krushi Bhawan here became India’s first government building to feature in Dezeen, a prestigious international journal on architecture.

This is not the first time that this architectural marvel in the Odisha capital has received international recognition. In 2019, Krushi Bhawan was shortlisted for the World Architecture Festival (WAF) Award.

The Rs 70-crore project was commissioned in 2013 to Studio Lotus, a Delhi-based architectural firm, and opened to the public on September 20, 2018.

Krushi Bhawan has emerged as an example of how regional crafts can be integrated in a contemporary environment. It is a statement on the unique qualities of Odisha.

The façade of the office of the Odisha State Department for Agriculture and Farmers’ Empowerment has been modelled on the distinctive Ikat weave of Odisha expressed in pigmented bricks, signifying geographical diversity of the region. This brick-louvered screen acts as a solar shading device.

The light fixtures and metal screens in the corridors exhibit the best of tribal craft of Dhokra. Locally-sourced laterite and khondalite stones have been used in the building. It has beautifully hand-carved khondalite lattices and bas-relief carvings in the Odia Pattachitra style in laterite stone, depicting agricultural motifs.

An invigorated urban realm has been created by opening up the ground floor as an extension of the street, raised on stilts to create a public plaza for community engagement. The rooftop has been designed to house urban farming exhibits and demonstration of agricultural best practices.

The offices are housed on the upper floors. Passive cooling strategies and intelligent night-purging systems have been used to create a comfortable yet energy-efficient indoor environment.