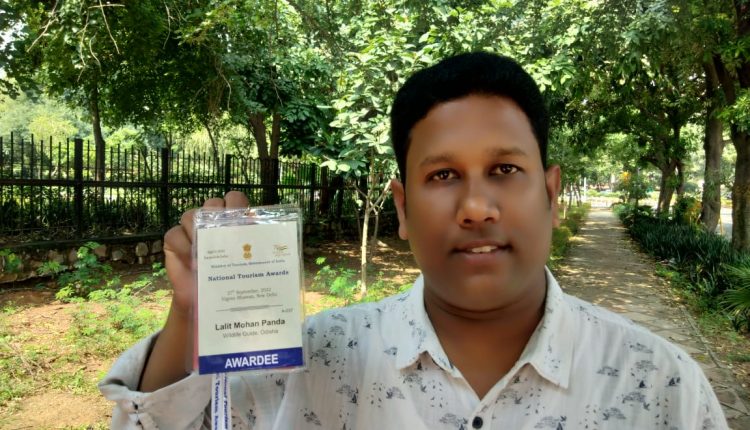 Bhubaneswar: Odisha’s Lalit Mohan Panda will be conferred with National Tourism Award for 2018-19 after being adjudged as the country’s best wildlife guide.

Vice President Jagdeep Dhankar is slated to present the coveted award given by the Union Tourism Ministry for 2018-19 to Panda at a glittering ceremony in Vigyan Bhavan in New Delhi on Tuesday.

While applications had been invited from different zones for five best wildlife guide awards, only Panda was selected from across the country for the honour. 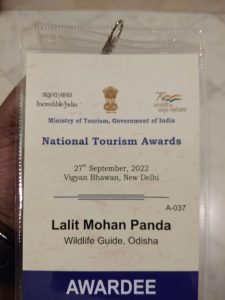 Panda, a state-level tourist guide in Odisha, is among the 28 winners to be presented the national awards in different categories. Awards are being given in categories such as best hotel, chef, tour operator, best state and best tourist site. No one from Odisha has bagged award in any of these categories.

After obtaining a degree in Tourism Management and getting training as a professional guide, Panda has been working as a freelance guide for the last eight years. This apart, he has been an active member of the Snake Helpline. He was a member of the four-member Snake Helpline team invited by the Shree Jagannath Temple Administration (SJTA) when Ratna Bhandar of the 12th-century shrine was opened in 2018.

A recipient of Biju Patnaik Wildlife Award in 2018, Panda has been congratulated by a number of organisations, including Snake Helpline General Secretary Subhendu Mallick, for winning the prestigious national award.