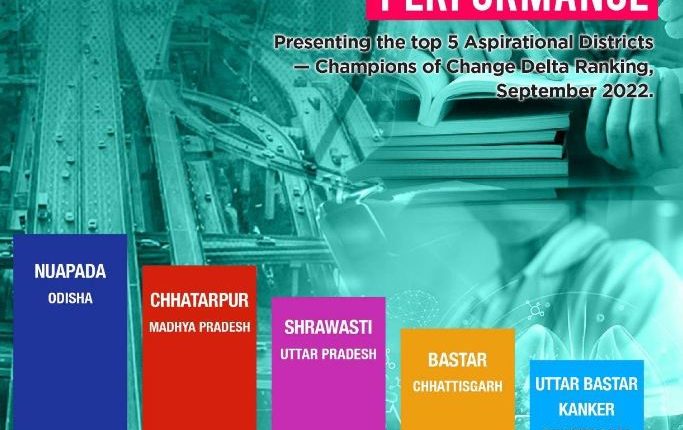 Bhubaneswar: Odisha’s Nuapada district has topped NITI Aayog’s delta ranking in terms of overall performance for the month of September, 2022.

According to official sources, Nuapada district is followed by Chhatarpur in Madhya Pradesh and Shrawasti in Uttar Pradesh at second and third place in the ranking.

Bastar and Uttar Bastar Kanker, both in Chhattiagarh were placed fourth and fifth in the list of five topmost districts in NITI Aayog’s delta ranking for overall performance for the month.

It may be noted that Nupada was among the five topmost improved aspirational districts in the education sector of NITI Aayog’s delta rankings for the month of September, 2021.

Launched in January 2018, the Aspirational Districts programme aims to quickly and effectively transform 112 most under-developed districts across the country. The broad contours of the programme are Convergence (of Central & State Schemes), Collaboration (of Central, State level ‘Prabhari’ Officers & District Collectors), and Competition among districts through monthly delta ranking; all driven by a mass movement.