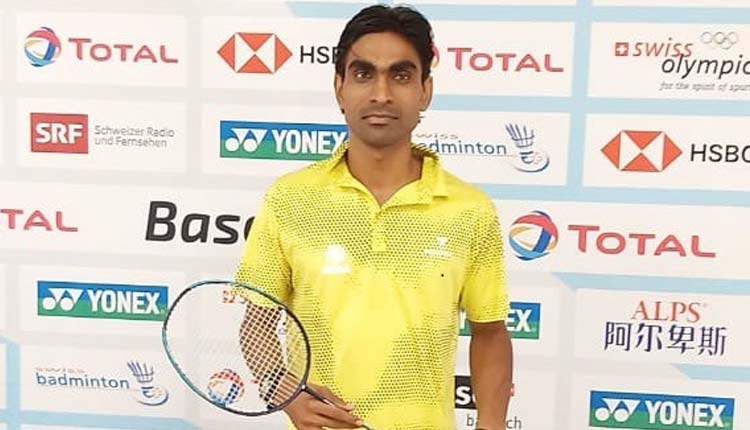 Bhubaneswar: Odisha shuttler Pramod Bhagat has entered the semi-final in the men’s singles and doubles events at the ongoing Para Badminton International tournament in Thailand.

In the quarter-final held on Thursday night, Pramod defeated his French opponent Mathew Thomas in straight sets, 21-18 and 21-19. He will take on Daishuk Fujihara of Japan in the semi-final on Friday.

In the doubles quarterfinal event, Pramod and his Indian partner Manoj Sarkar defeated Mathew Thomas and Nitesh Kumar of India in straight sets, 21-17 and 22-20. The duo will meet the Thai opponents Chawarat Kittichokwattana and Sangnil Singha in the semi-final on Friday.

Pramod had won the gold in the doubles of the World Para-Badminton Championship at Basel in Switzerland on August 25.

He had qualified for the Tokyo 2020 Paralympics after winning the gold in the men’s singles event at the second Fazza Para-Badminton International 2019 held in Dubai from April 2 to 7.

A native of Bargarh district, Pramod recently received the highest sport award in India, Arjuna Award, for his exemplary performance.

Long Way To Go For A National Language