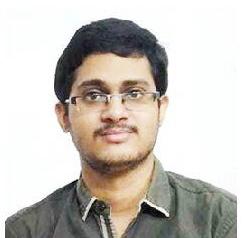 As many as 26 lakh students applied for the AAO exam. Of them, nine lakh aspirants appeared and 298 candidates, including two Odias, qualified.

The notification of AAO exam, conducted by Staff Selection Commission (SSC) was published in 2018. But, the results were published after three years on April 1 as some basic verifications were required, after which there were examination rounds and later coronavirus struck the nation.

Roshan of Railway Colony in Jatni completed his Plus-II from Khurda Central School. He completed his B Tech in Mechanical Engineering from NIT, Rourkela in 2008.

After the success in AAO, Roshan is now trying to get successful in Indian Administrative Service (IAS).