Odisha’s Similipal National Park Reopens Next Month; Know The Rules & How To Book For Night Halt 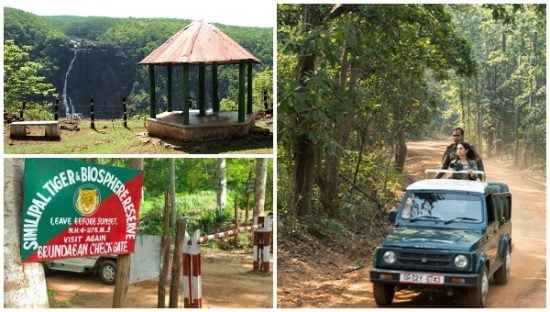 Baridapa: The Similipal National Park in Odisha’s Mayurbhanj district will open its gates for tourists from November 1 amid strict adherence to COVID-19 protocol, Regional Chief Conservator of Forest (RCCF) and Field Director of the sanctuary M Yogajayanand informed on Wednesday.

Entry into Similipal Tiger Reserve will be allowed between 6 am and 9 pm from two gates – Kaliani gate in Jashipur block under Karanjia (North) Wildlife Division in 35 tourists vehicle and Pithabata gate under Baripada Territorial Forest Division in 25 tourist vehicles. The cap on the number of vehicles will ensure smooth flow of traffic, the official notice said.

Ticket counters have been set up at these two gates and visitors have to leave from Barehipani and Jaranda before 3 pm and from Chahala before 4 pm. The tourists have to plan their trip in such a way that they can return by 5 pm through exit gates (Pithabata, Tulasibani and Kaliani).

A tourist guide will be provided in each vehicle at the entry point which the visitors can hire by paying extra charges.

The RCCF further said breach of any rules, including the ban on the use of plastic, will result in non-entry into the park in future.

One of the largest in the country and spread over an area of 2,750 sq km, the park has remained closed since May following a surge in COVID cases. Some staff members of Lulung Aranya Nivas had reportedly tested positive for the virus.

It was opened in November last year after a gap of almost 8 months with strict guidelines including a cap on the number of vehicles entering from different gates of the park under the Baripada wildlife division.

A total of 43,358 tourists had visited the park last year.

Most Of Odisha Likely To Remain Dry Next 5 Days: Met centre