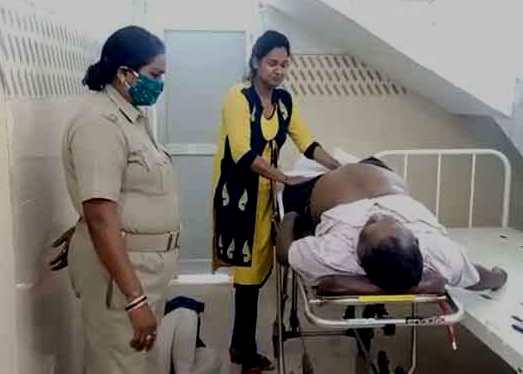 Jharsuguda: The death of Deba Narayan Panda, the personal assistant of the erstwhile Malkangiri collector, has evoked widespread resentment in Odisha. Another incident has come to the fore with the death of a senior official of the Odisha Forest Development Corporation (OFDC) in Jharsuguda on Tuesday.

Sources said Basudev Pal, sub-divisional manager of OFDC, collapsed during his duty hours. He was rushed to the district headquarters hospital where doctors pronounced him brought dead.

Blaming the OFDC Divisional Manager Amiya Kumar Patnaik for the death of her father, daughter Tanuja said that Patnaik had forced him to work till 12 am on Monday and again called him for work at 4 am on Tuesday. She said that Patnaik used to inflict mental harassment on her father for last one year. “My father had shared his trauma with me on a number of occasions,” she added.

She further said that Patnaik had called her father to his residence on Tuesday and verbally abused him which led to his death. “The DM had not allowed leave to my father and paid him his three-month salary,”

Maintaining that the death of her father is not natural, she demanded a thorough probe into the matter.

Tanuja also said that while the body of his father lying in the hospital for more than 20 hours, neither any OFDC official nor the police had arrived at the hospital. She said she will not allow the post-mortem of her father until the senior OFDC officials turn up to the hospital.

Meanwhile, the DM has reportedly gone absconding following the death of Pal.