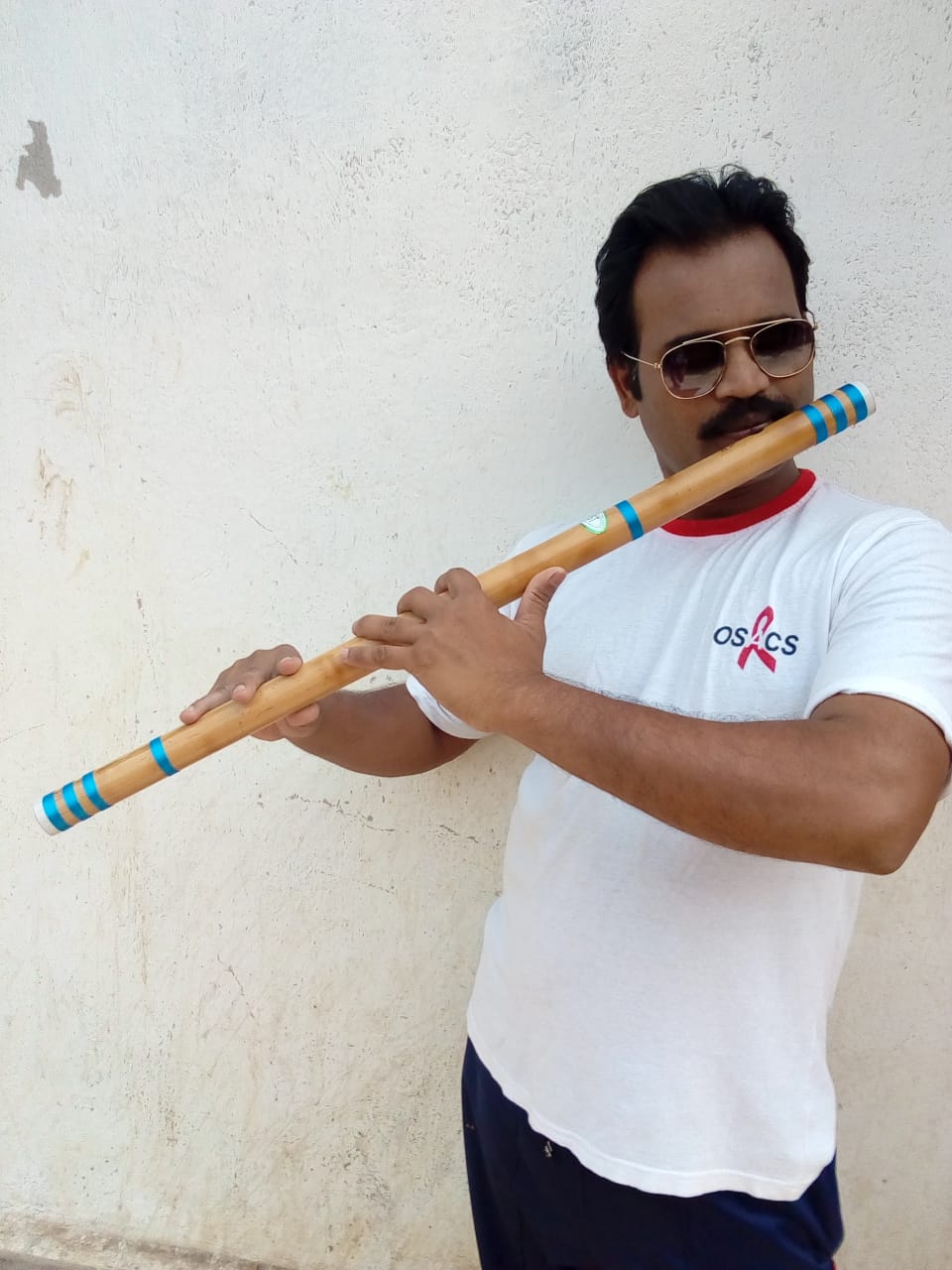 Share
Bhubaneswar: “If music be the love of life…play on..” This Shakesperean quote from Twelfth Night could well be life’s motto for cab driver Sanjay Kumar, 35, who is adept at playing the flute. But then he has to earn a living too. So, while driving keeps him physically alive, music keeps him emotionally sane. A native of Nayagarh district, Sanjay has been playing the flute since the last 17 years.
“I was around 18-19 years old when I saw someone playing the flute. It instilled in me a curiosity but back then, I had no money to buy a professional flute, so I started practicing with normal, cheap ones you get on the roadsides. With time, I learned more,” he said.

The passion grew so much that he approached Sangeet Mahavidyalaya in Bhubaneswar. “I could not study there, but one of the teachers, Nigam Nanda Sahu trained me for free. It was in 2007 and I underwent training for four years or so,” he added. Since then, Sanjay has been performing at several shows and concerts.

“They are mostly bhajans, Jatra or Odissi performances but I enjoy it thoroughly. People appreciate my work. Some even suggest that I go for auditions but I do not have the guidance or the medium to get there, so I am here, driving and doing what I love doing the most,” he expressed.

As an Ola driver, he earns Rs 7,000 to 10,000 a month. He says it is enough for him, his wife and their little daughter. He earns an extra buck through shows also. After driving the customers to their destination, he often entertains them with the melodious tunes of his flute.

“I practice for four hours every day. I wish to get somewhere with music because it is my life. It is the one thing that keeps me going. Fortunately, my family has been really supportive. I performed in my village the day before yesterday and everyone cheered for me. It boosts my confidence and what is life after all? Doing what we love and stay happy!” Sanjay said.
With his savings, he has also bought himself a set of flutes. “They are expensive but dreams are everything. So, I am working hard because I know something better is coming,” he added.
ola
Share FacebookTwitterGoogle+ReddItWhatsAppPinterestEmail

Man Arrested For Carrying Country Made Pistol In Bhubaneswar