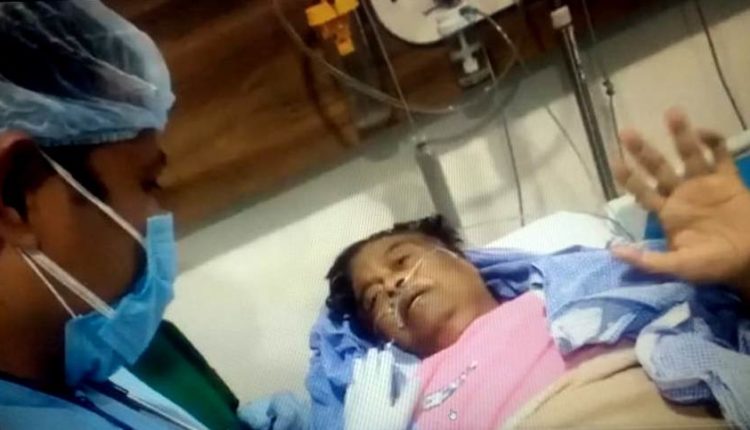 Bhubaneswar: Veteran Ollywood actor Bijay Mohanty arrived in Bhubaneswar in a special ambulance van on Sunday morning after a 22-hour journey from Hyderabad.

Soon after his arrival, he was admitted to the Care Hospital here.

Despite the shutdown, there was a rush of well-wishers to the hospital to meet the actor.

Mohanty, who was staying with his daughter in Hyderabad for the past few years, had undergone a minor surgery after being afflicted with diabetes about 3-4 months ago. Though he recovered later, he complained of acute chest pain on May 25 and was admitted to the ICU of a private hospital in Hyderabad. During the test, he was diagnosed with a critical cardiac problem.

After recovering, Mohanty had expressed a desire to return to Odisha. The continuing lockdown, however, put a spanner in his homecoming. Later, his family requested Bhubaneswar MP Aparajita Sarangi and actor-turned-BJP youth leader Akhila Kumar Patnaik to facilitate his return.

Following their intervention, a meeting was held between the doctors of the two private hospitals on June 12 and a decision was taken to bring him back by road. On the same day, the Care Hospital had sent a special ambulance van to Hyderabad.