Ollywood Actor Srittam To Return As Director With ‘Mahabahu’ 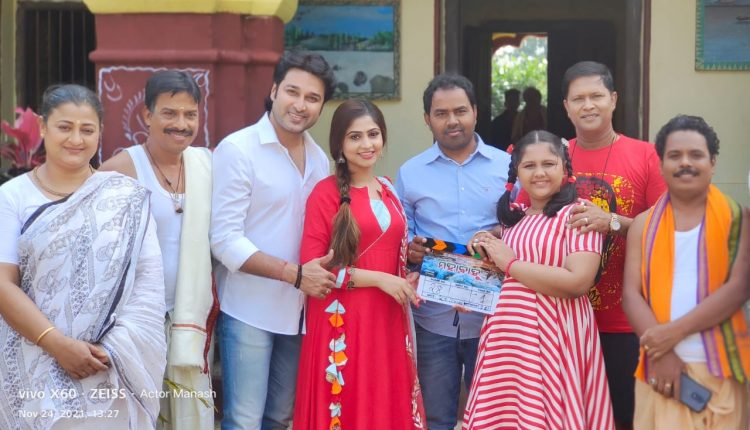 Bhubaneswar: After a gap of over two years, Ollywood actor Srittam Das will be back as director with his his latest movie ‘Mahabahu’.

Produced under the banners RR Events and Cine Production and Studio 360 Banners, shooting of the film is underway on the outskirts of the city.

He hoped that that the audience will connect with the film which is filled with action, romance and comedy.

“This is an original story. There will be a character of a miracle child played by Lipakshey. We finalised the script about a year back but due to corona pandemic, we couldn’t start shooting. However, after relaxation of COVID guidelines for shooting of films, the cameras have started rolling a few days back.”

Actors Akash Dasnayak and Poonam Mishra will be seen playing lead roles in the movie. The other actors in the film are Ushashi Mishra, Papi Santuka, Rabi Mishra, Harihara Mohapatra, and Tapi Mishra.

A comedy team of Ollywood will also play roles in different sequences.

While it has been produced by Ramesh Barik and K Tamanna, Sharanabinda has written the dialogues and Prem Anand has given the music for the film which has four songs. Rajendra Behera is the photography director.

The film will be mostly shot in Bhubaneswar, Cuttack and Puri. “A shooting set has been set up at Bhingarpur near Balianta here where we are currently working,” said Srittam.

“The audience will definitely love this movie as they will find Odia culture and tradition in the movie. They will also see the love and belief of devotees towards Lord Jagannath in the movie,” he hopes.