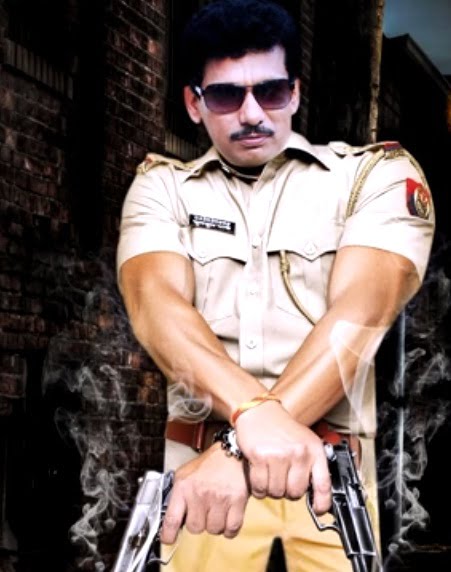 Bhubaneswar: Popular comedian and Ollywood actor Papu Pom Pom is all set to make a grand comeback and sizzle on the big screen after a year-long break.

He will be playing a policeman in the upcoming action-thriller-comedy Mu Chulbul Pandey.

“The movie is a complete comedy coupled with action and a lot of thrills. It is about a normal policeman who turns into a superhero,” Papu Pom Pom told Odisha Bytes.

The film is expected to be released during Raja in June. It is being directed by Sudhakar Vasant and the music is by Abhijit Mazumdar.

“The shooting will start in May. The star cast is yet to be finalised. Pradyumna Lenka has been signed for the movie. There will two female leads. Two new actors will be roped in for the roles,” the ace comedian said.

The actor, who is also making his directorial debut this year with Chirkut, is happy to be back doing what he enjoys the most. “During my illness, I had reduced considerably. Now, I have regained my weight and am in fine fettle,” he said.

On May 15, 2018, Papu was admitted to AIIMS-New Delhi after being diagnosed with acute pancreatitis. He returned to Odisha in July after nearly two months of treatment. He was re-admitted to the premier hospital in August that year following infection in the pancreas. He had then urged people not to post fake news about his health on social media.

In the course of the treatment, his weight had reduced to 30 kg, he said.

As a gesture of gratitude to his fans and well-wishers, who prayed for him through his illness, Papu Pom Pom said that the production house has decided to screen the the first day- first show of Chirkut for free at theatres across Odisha. The film will hit the theatres on May 10.