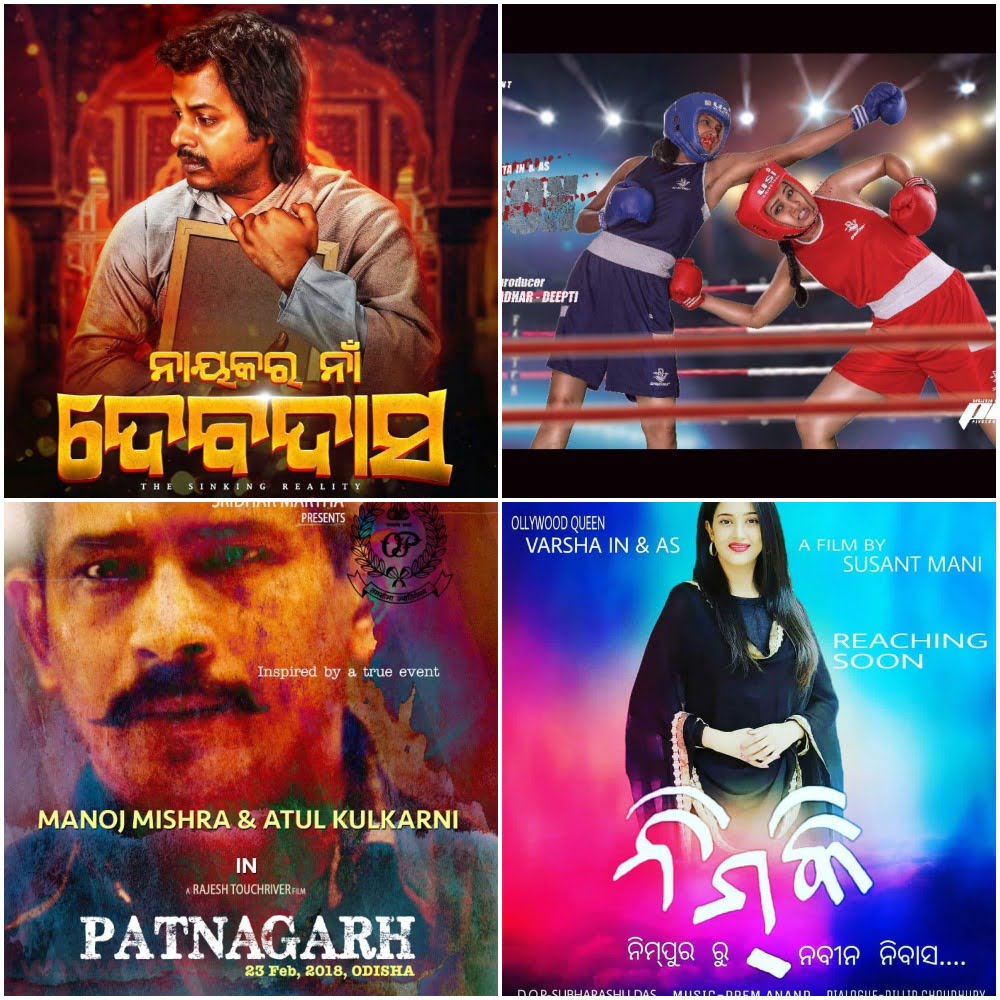 Bhubaneswar: The wait is over and the curiosity to watch a number of films, which could have empowered Odia cine industry, remained unfulfilled. Breaking the regular trend of action-romance-comedy-drama packaged movies, a few passionate producers have tried to make some story-centric, incident-centric and women-centric movies adding quality to the industry.

At a time when regular movies did not get the desirable audience, these producers have gone ahead and experimented. Applauding their attempt, Odishabytes recaps the list of those films which were pushed to 2019.

Nayakara Naa Devdas: The first ever Odia version of Devdas, the story of love-heartbreak and self-destruction. Produced under the banner of Anjaneya Media, the shooting started in April. While the story has many adaptations in both Hindi and other regional languages, director Mrutyunjay Sahoo has dared to tell it again. The film features one-film-old Asit Patra in the titular role, with Bhoomika Dash as Paro and Anu Choudhury as Chandramukhi.

Patnagarh- Announced in April as ‘Bullet Raja’, the film is based on the real life incident of the Patnagarh marriage bomb blast. Later, the film was renamed ‘Patnagarh’ to connect the audience with the real incident. National award winning Telugu director Rajesh Touchriver and acclaimed Bollywood actor Atul Kulkarni as the police officer were roped in for the crime thriller. While Manoj Mishra is playing the role of Punjilal, evergreen actress Anu Choudhury will be seen opposite Atul Kulkarni. Producer Sridhar Martha has added some commercial elements to the real story.

Nimki– Ollywood queen Varsha Priyadarshini’s ‘Nimki’, Nimpur ru Naveen Niwas, is ready to hit theatres. Varsha’s first production, the film’s mahurat was held in May. Written and directed by Susant Mani, the film is about the journey of a girl from a village to the Odisha capital. After doing a variety of roles for more than a decade, Varsha has tried to make a woman-centric film.

Champion: The film is about the story of a boxing champion and four shades of her life’s journey. Ollywood stunner Archita Sahu plays the lead while former sportswoman Deeptirani has produced it apart from playing the opponent boxer. Archita has prepared for the challenging role to look real on screen. The film has all the commercial elements to entertain the audience. The film’s mahurat was held in May.

Kotiere Gotie Mana– The film has been directed by award-winning veteran cinematographer, music composer and filmmaker Raj Gopal Mishra popularly known as Raju Mishra. It is a contemporary film, which reflects how media people work under pressure while their family life gets disturbed. Apart from new faces in the lead, the film features veterans Kuna Tripathy, Mihir Das and Hara Rath in important roles. The film’s shooting was completed in February.