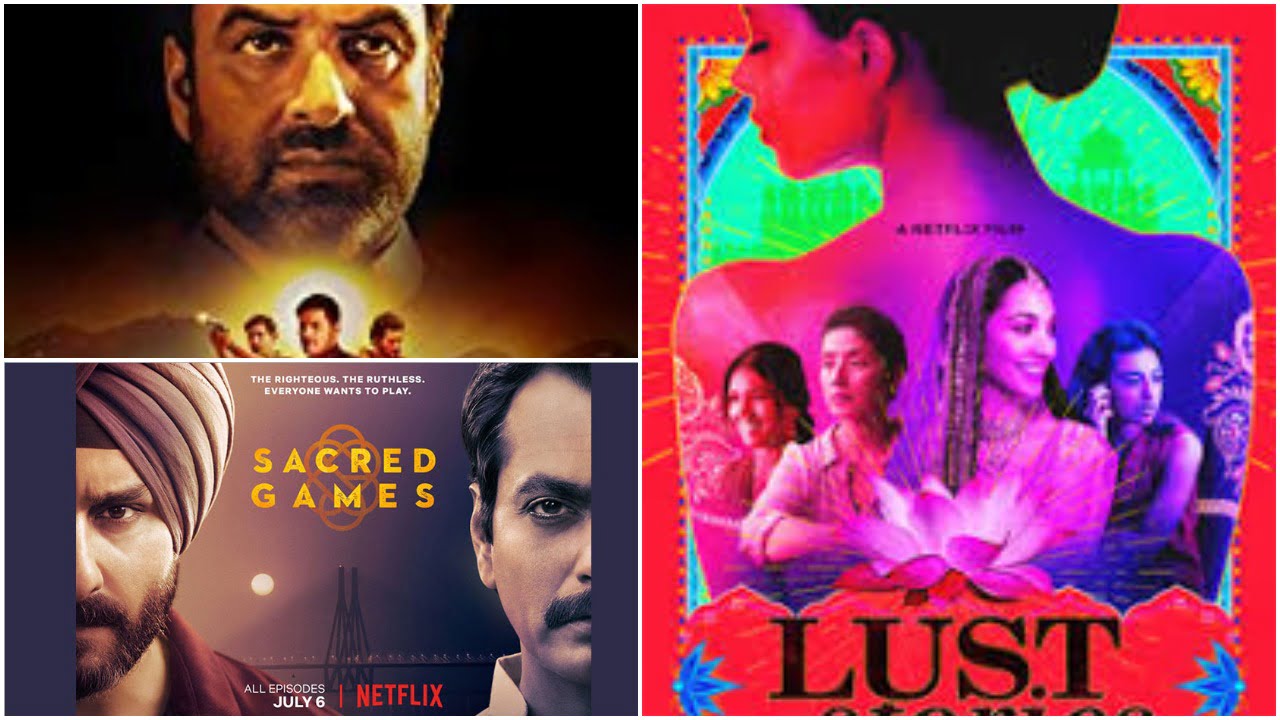 Among many other things, 2018 will be remembered for the advent of Web Series, which literally slayed the world of entertainment in India giving it a totally new perspective. A whole new arena opened up in front of the Hindi movies enslaved audience, which suddenly realized that an entertainment package does not necessarily comprise song, dance and melodrama. Quite unlike the regressive, gratuitous and over-the-top TV serials being beamed into homes for years, here was something that was slick, engaging and well, next level.

Web series such as Sacred Games, Mirzapur and Lust Stories (an anthology of short films) got a huge pre-release platform in the form of hoardings and trailers etc. With powerful stories, stellar performances, clever direction and tight editing, they garnered a lot of publicity, good press and audience response.

The good thing about Web Series is that they gave a host of fine actors an opportunity to perform and fresh faces also got a platform. For some, it was a chance at experimentation while for others it meant proving their histrionic capability to themselves and to the audience. Even directors, producers, cameramen, script writers etc got a long rope to take the risk of venturing into a hitherto unknown area.

The emergence of Web Series reminds many people of the TV boom of the 1990s when serials invaded each and every home in India and gave birth to television stars. It almost became a parallel industry but one where film stars did not venture. It was only later, when the power of the medium dawned on them that tinsel town stars decided to cash-in on it, so much so, that now there is an overkill (that is a different story altogether).

In the case of Web Series however, the traffic has been from tinsel town. A waning star like Saif Ali Khan, deftly re-positioned himself in the industry making himself relevant all over again, while an established actor like Nawazuddin Siddiqui once again proved his versatility and firmly entrenched himself in the industry (both starred in Sacred Games). A fine actor like Pankaj Tripathi who has had to work doubly hard to prove his talent in big films carried an entire Web Series, ‘Mirzapur’ on his shoulders and how flawlessly he did it! The web space has also given many other underrated actors a fair chance to showcase their craft.
Another huge difference in the TV vs. Web Series scene is that in case of the latter, successful directors such as Anurag Kashyap and Vikramaditya Motwane (Sacred Games) have shown their willingness and eagerness in putting a stake in the new medium, which was not the case with TV. Others like Zoya Akhtar, Dibakar Banerjee and Karan Johar followed suit with ‘Lust Stories’.

Apart from everything else, the Web Series showcased strong female characters and names such as Rasika Duggal (Mirzapur), Kubbra Sait (Sacred Games) and Shriya Pilgaonkar (Sacred Games) holding their own in the story plot. In an interview to HT City recently, Kubbra Sait, who played a transgender in Sacred Games said, “Female characters are no longer an arm candy for the male protagonist. The access to long-form content allows us to explore not just the psyche of a female character but also her sexuality, ambitions, failures and world views.”

There has been some speculation about the web space being a threat to the film industry. Well, the film industry has been around for far too long and the web space is still in its nascent stage. Besides, it will take many years for the charm of the big screen to wane. The suspense and thrill of watching a drama unfold and culminate within three hours and the adrenaline rush thereon is unmatchable. Yes, what the web space has certainly done is throw a challenge to the film world to re-invent itself before the audience gets hooked to the change.

To call the web space a revolution will be an overstatement at this stage. To stay, it will have to keep the pace and momentum of strong story lines, gripping screenplay and direction and above all, beware of monotony.