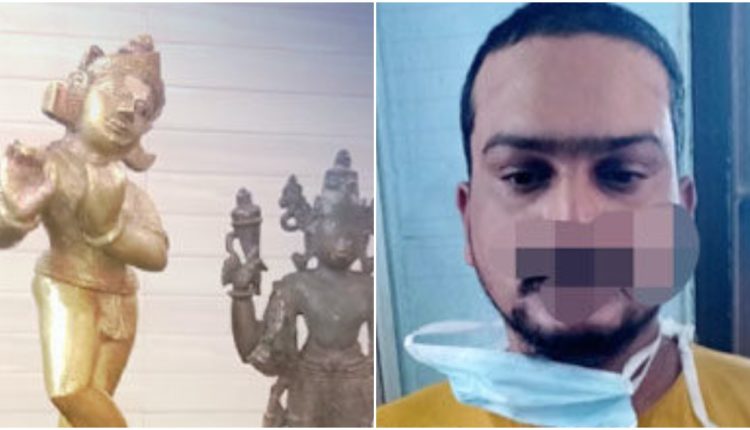 Puri: Police cracked a theft in a 13th-century temple in Odisha’s Puri district with the arrest of a person. Five stolen old metallic idols were also recovered from his possession.

The accused, identified as Bapuni Padhi (29) of Chhenapadi in the Keonjhar district, and his associates had broken into Sri Gopinathdev Temple at Kakudia under Pipili police limits on the intervening night of January 30 and 31.

The priest, Danardan Dixit, found the gate locks broken and the idols of Lord Bishnu, Maa Laxmi, Lord Krishna, Sri Radha and Sri Garuda Deva missing from the temple on the morning of January 31.

On a complaint lodged by Dixit, Pipili Police launched a probe and nabbed Bapuni from Patrapada in Bhubaneswar with the help of STF, Bhubaneswar, inspector S Beuria.

Idols Stolen From Another Temple In Odisha’s Puri