One Arrested With Two Leopard Skin In Odisha 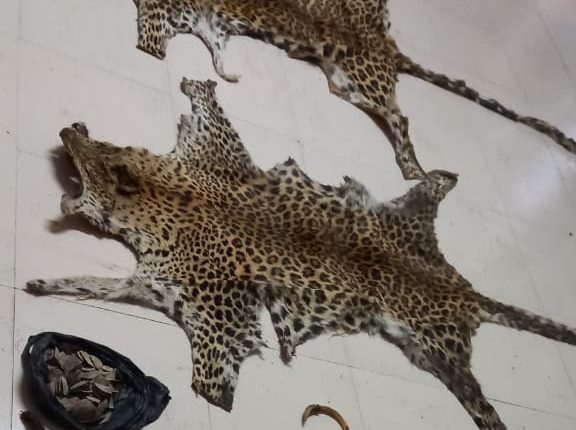 The arrested person has been identified as Bhagabat Majhi, a resident of Bhogabadi village under Dasapalla police station limits in the district.

According to sources, a team of STF, with the help of Banigochha Forest Officials, conducted raids near Kuanria Dam under Dasapalla police limits on Friday and seized two leopard skins and other wildlife products from the possession of the accused.

A case has been registered against him under various Sections of IPC, Arms Act- 1959 and Wild Life (Protection) Act, 1972. Further investigation is underway.