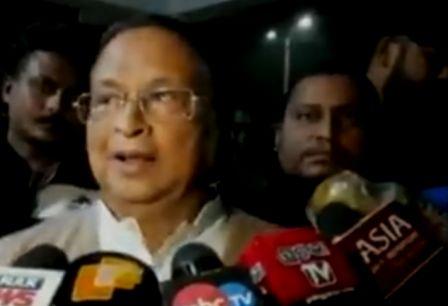 Police said efforts are on to catch the others who were involved in the incident.

Meanwhile, the OPCC president accused members of the BJP Yuva Morcha for the attack.

The BJP has orchestrated the attack as the Congress has raised voice against its wrong policy decisions, Patnaik told the media on Monday. The saffron party should refrain from such cowardly acts, he added.

The incident took place around 8 pm on Sunday when Patnaik was visiting Keonjhar. As per reports, five youths intercepted his vehicle near Kashipur. They then assaulted Patnaik’s PSO and driver.

Following information, some Youth Congress activists rushed to the spot. Seeing them, the attackers fled the area.

Later, Patnaik along with the Youth Congress activists lodged a complaint at Town police station.