One Killed, 14 Injured In Two Separate Road Accidents In Odisha 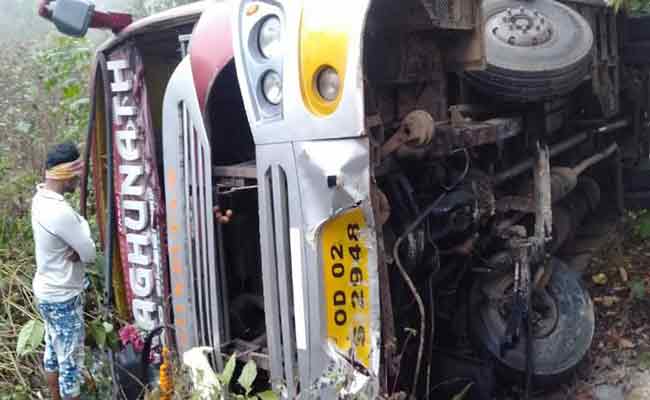 Rayagada/Balangir: One person died and 14 others injured — one of them seriously — in two road mishaps in Rayagada and Balangir districts in the wee hours on Saturday.

In the first incident, a private bus Raghunath was on its way to Jeypore from Cuttack carrying more than 40 passengers when the driver lost control of the vehicle. The vehicle overturned after hitting a culvert near Bethiapada in Rayagada district at about 3 pm. While one passenger died on the spot, nine others were severely injured. 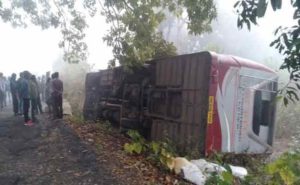 Following the incident, police rushed to the spot and admitted the nine injured to the district headquarters hospital in Rayagada with the help from the locals. One of them was shifted to the MKCG Medical College and Hospital in Berhampur after his condition became critical.

In another incident, five passengers were injured when a Bhubaneswar-bound private bus from Sunabeda in Koraput district overturned near a roadside Dhaba in Ratakhandi area near Titlagarh in Balangir district.

Cops have admitted the five injured to the Bhima Bhoi Medical College and Hospital in Balangir where their conditions are stated to be stable.