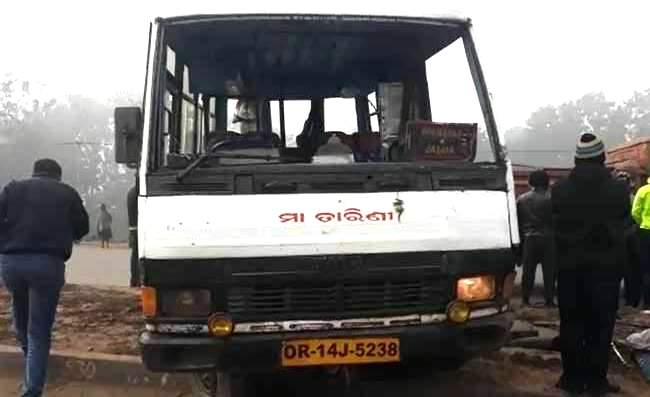 Rourkela: Two persons died and six others seriously injured when a minibus overturned near Balughat in Sundargarh’s Rourkela in the early morning on Sunday.

According to sources, a private bus Maa Tarini (OR-14-J-5238) was on way to Rourkela from Lathikata on the outskirts of the city when the driver lost control of the vehicle which overturned after hitting the road divider.

While the bus conductor Kartika Mahakud died on the spot, seven passengers were seriously injured.

The Raghunathpali Police rushed to the spot and admitted the injured passengers to the Rourkela Government Hospital (RGH) where an old woman, identified as Sumi Kispata succumbed to her injuries.

But as the condition of a six-year-old girl became critical, she was shifted to Veer Surendra Sai Institute of Medical Sciences and Research (VIMSAR) in Burla.

Another 4 UK Returnees Test Positive For COVID-19 In Odisha