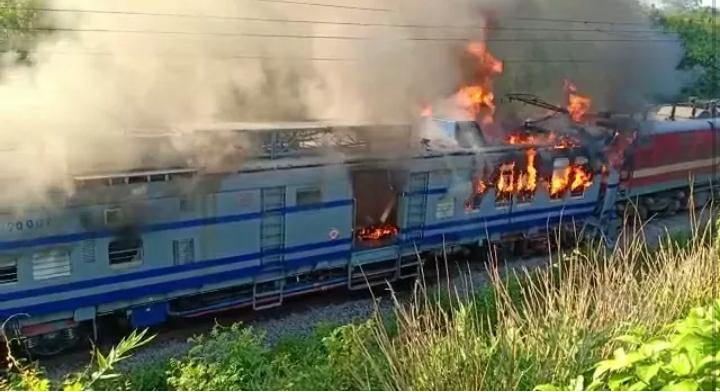 Bhubaneswar: The Railways on Wednesday suspended one more employee for alleged dereliction of duty, leading to the Howrah-Jagadalpur Samaleshwari Express mishap in Rayadaga the previous day.

The suspended person, identified as Santosh Kumar, was working as a helper.

Three railway staffers had died as fire engulfed the engine of the train after it hit a tower car on Tuesday afternoon. The deceased have been identified as a technician of the maintenance tower car Suresh, senior Rayagada section engineer, electrical, Sagar and technician, electrical, Gouri Naidu.