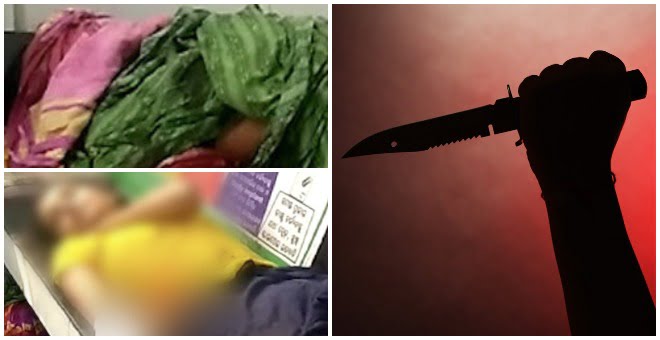 Bhawanipatna: A one-sided love affair turned bloody on Monday as a youth allegedly attacked a girl and her mother with a sharp knife at Karlakhunta village under Kesinga police limits in Odisha’s Kalahandi district.

According to sources, the incident took place while the mother-daughter duo was returning from the village pond. The accused, identified as Tilkar Naik, slit the throat of the girl and stabbed the mother to death when she tried to intervene.

The deceased has been identified as Sindhu Bag (55). She was declared dead by the doctor in the Kesinga Community Health Centre (CHC). The critically injured girl is undergoing treatment at the same CHC.

Speaking to the media, Father Tulsi Bag said they were in a relationship earlier. Tilkar started troubling her after she broke up with him. “We had complained to police earlier and they had warned him against repeating the act. Police had also advised us to file an FIR if he did not mend his ways,” he said.