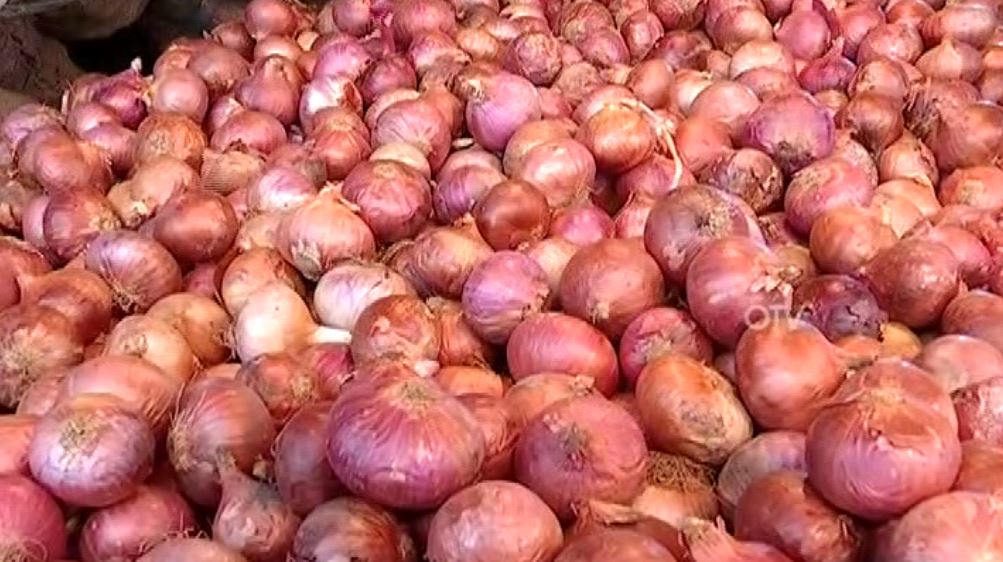 Cuttack/Bhubaneswar:  The price of the onion soared to Rs 120 a kg in Odisha on Wednesday, much to the discomfort of the consumers.

The price of the bulb rose to Rs 30 a kg overnight cross the state, including Cuttack and Bhubaneswar.

“We have been selling two varieties of onion. While the onion imported from Nasik in Maharashtra was sold at Rs 100 a kg, those brought from Andhra Pradesh was sold at Rs 90 a kg yesterday. However, due to short supply, we are selling both the varieties at Rs 120 a kg today,” said a retailer of Chhatra Bazaar.

Talking to the media, secretary of Chhatra Bazaar Byabasai Sangh, Debendranath Sahu said onion in Nasik is currently being sold at Rs 113 a kg and therefore, the price in Odisha will go up further.

“The state government should take the blame for the exponential price rise. With the price of onion rising steadily for the last four months, the government should have taken pre-emptive measures to regulate it. Since the price of the onion usually goes up during this period every year, the government should have taken steps to import the vegetable from neighbouring states and regulate its price in the open market. It claims that onions are available at a subsidized rate at the Maitree counters. But there is no stock at these centres,” an irate local told the media in Cuttack.

In Bhubaneswar, the people were seen purchasing onion at Rs 120 a kg. In some markets in the city, there is no stock of onion, sources said.

Notably, Food Supplies and Consumer Welfare Minister Ranendra Pratap Swain had recently told the media that the price of the onion will come down in Odisha by the end of December after the crop is harvested in Nasik and Andhra Pradesh. He had also said that a part of the consignment of onion imported by the Centre from Egypt will arrive in Odisha by the second week of December.

Bail For Chidambaram After 106 Days In Jail