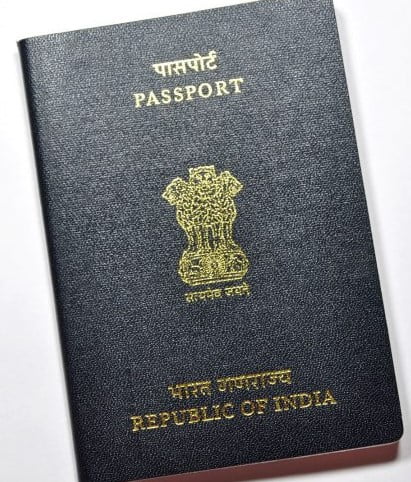 New Delhi: Receiving the wrong products through e-commerce websites is nothing new. The result is bizarre, funny and sometimes downright irritating.

In the latest incident, Mithun Babu, a native of Kaniyambetta in Kerala’s Wayanad district, had ordered a passport cover from Amazon but got an original passport along with the product.

On October 30, Mithun ordered a passport cover from Amazon. The product was received on November 1, but when he opened the box, he found a real passport along with the cover.

Mithun immediately contacted Amazon customer care. But the response astonished him. The customer care executive said that “it will not be repeated and we will instruct the seller to be very careful next time.” However, they did not say what to do with the passport that came with the cover.

As per the details in the real passport, it belongs to Kerala’s Thrissur district native Mohammad Salih. The owner could not be contacted at first as there was no phone number in the passport. But as a result of Mithun’s efforts, the owner was found.

Mithun said that the passport cover he got may have been first ordered by Muhammad Salih and he may have checked the cover by using his own passport. “When he didn’t like the product, he replaced it without taking back the passport. The returned product was not properly inspected by the seller and they sold it when they received another order,” he added. However, Mithun is planning to hand over the passport to the owner soon.

Bra instead of football socks!

A man was quite taken aback, no, shocked, when he opened his Myntra delivery. For, inside the packet, was not the pair of football socks he had ordered but a bra!

And that’s not all! When Kashyap Swaroop raised a query for a refund, he was greeted with a ‘product not returnable’ message.

Kashyap took to Twitter to share the incident along with screenshots of his conversation with the customer care section of Myntra. He also included a picture of the received bra in the tweet.

Dishwashing soap instead of iPhone12!

In October last year, a man from Aluva in Kerala had ordered an iPhone 12 from Amazon but got a bar of dishwashing soap along with a Rs 5 coin instead.

A Rs 100 rupee toy watch instead of a Fossil watch!

In May 2015, Abhijit Kumble ordered a Rs 11500 Fossil watch from Flipkart but received a toy watch worth Rs 100 instead.