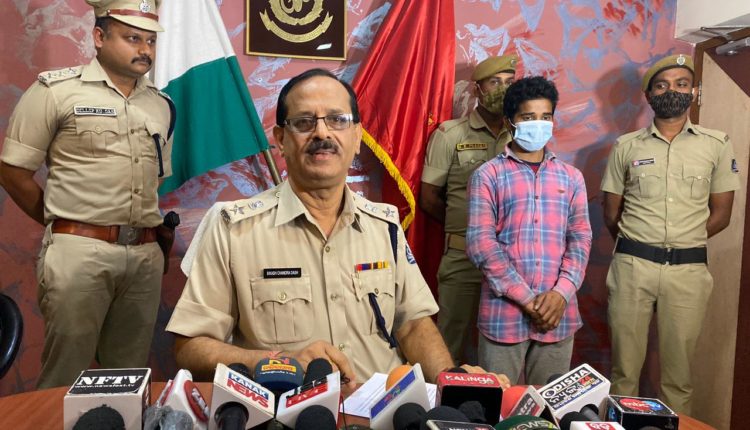 Jharsuguda: Busting one of the biggest online frauds in the district, police have arrested one person who had swindled a woman of over Rs 1 lakh.

According to the complaint filed at Belphara police station, Nita Chhatar of Gandhinagar had received a WhatsApp call by a person who claimed that he was calling from “Kaun Banega Karopati” and she had won Rs 35 lakh in lottery on February 23. She was told to pay some tax amount, if she wanted to claim the lottery.

As per his instruction, Nita deposited Rs 89,000 in the bank account of one Vikash Ram. On February 25 again, that person called Nita and told her to deposit more cash. She deposited Rs 80,000 on that day. As she did not get the lottery amount, she called back to him but the unknown person again demanded Rs 65,000 on some excuses.

Suspecting his intentions, Nita filed a complaint at Belpahar police station on March 2. During investigation, the accounts details of Vikash Ram revealed that the account had been opened recently and the fraud amount sent to 3 other accounts.

These three bank accounts are in the name of Niraj Kumar, Mahesh Kumar and Ramesh Kumar. The investigation also revealed that Niraj had transacted Rs 3.33 crore in 2 months, Ramesh Rs 32 lakh in 7 days and Mahesh Rs 26 lakh in 7 days. All the accounts were linked to people of East Champaran and West Champaran districts of Bihar along with the account of Vikash Ram.

On the order of Jharsuguda SP, a special team was formed and asked to proceed to Bihar for further investigation. With the help of Bihar police, the Jharsuguda team was able to apprehend Niraj Kumar at Lauriya in West Champaran near Nepal border.

The SP told the media that a gang of people are involved in such type of organised crime. The gang has 4-5 layers of people. Other accused are absconding and a manhunt has been launched to trace them, he added.

“During investigation and detail analysis of the accounts involved in this case, we have found out that more than 30 more bank accounts which are involved in such fraud transaction amounting to more than Rs 44 lakh,” the SP said.

The accused Niraj Kumar was brought on transit remand by Jharsuguda police for further investigation and will be forwarded to court.