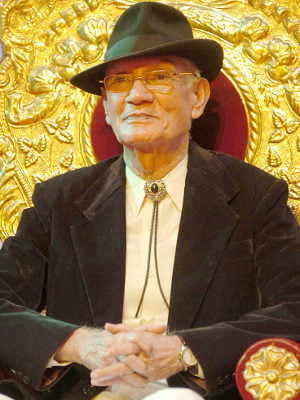 Legendary music composer OP Nayyar, who gave us some immemorable Hindi songs was born on this day (January 16). Today is his 95th birth anniversary. Some of his best compositions were sung by Asha Bhonsle. In fact, her career got a major fillip with OP Nayyar’s music. His music and her voice made for a deadly combination. They ended their long collaboration in 1972.

Here are some songs that Nayyar is best remembered for:

Asha Bhonsle got her first singing break with this duet, which she sang with Mohammad Rafi for the Dilip Kumar and Vajayanthimala’s starrer ‘Naya Daur”.

Popular to this day, this hit song is also from ‘Naya Daur”.

A seductive song from ‘Howrah Bridge’ in Asha’s voice, it was picturised on Madhubala trying to woo Ashok Kumar.

Shot in the backdrop of the beautiful valley of Kashmir, this classic hit from the Sharmila Tagore and Shammi Kapoor starrer ‘Kashmir ki Kali’ is a romantic duet sung by Asha and Rafi.

Yet another romantic hit by OP Nayyar from the movie ‘Mere Sanam’ ín Asha’s mellifluous voice picturised on Asha Parekh and Biswajeet.