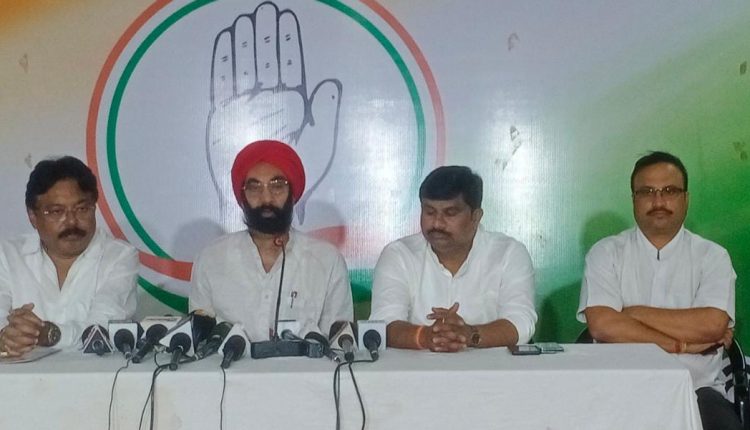 Bhubaneswar: The Congress is all set to launch its ‘Bharat Jodo Yatra’ in Odisha to highlight the all-round failure of the BJP government at the Centre and BJD rule in the state.

Odisha Pradesh Congress Committee (OPCC) president Sarat Patnaik will take the lead in the padyatra which will start from the Indira Park in Bhubaneswar on October 31. All the MPs, MLAs, leaders and workers of different organisations of the party, unemployed youths, students, farmers and labourers will participate in the Yatra.

During the ‘Bharat Jodo Yatra’, the Congress leaders will visit 25 districts in the state covering 2250 km in 100 days. The Odisha leg of the Yatra will be started as part of its national campaign launched by the party’s vice-president Rahul Gandhi, according to a release of the party.

They will draw the attention of the voters to various problems ailing the country since the BJP under the leadership of Prime Minister Narendra Modi came to power at the Centre and mobilise public opinion. They will raise the issues of rising unemployment, inflation, law and order and intolerance prevailing in the country during the last 8-year rule of BJP.

The Congress will also campaign against the misrule of BJD under the leadership of Chief Minister Naveen Patnaik in the state for the last 22 years. Rampant corruption, unemployment, poverty, insecurity of children and women and misuse of official machinery by the ruling party will be put under focus by the Congress leaders during the padyatra.

PM Modi Proposes ‘One Nation, One Uniform’ For Police & Review Of Old Laws