Oppo Watch May Launch Alongside Reno 4 Series Smartphones In India This July! 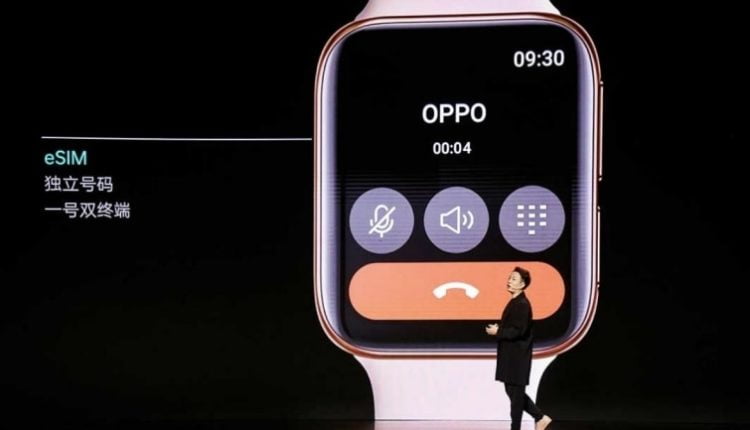 Mumbai: Oppo Watch could be launched in India in the third week of July alongside the Reno 4 and Reno 4 Pro smartphones, MySmartPrice reported citing industry sources.

It was recently certified on the BIS website, which suggested an imminent launch in India. The design of this smartwatch bears an uncanny resemblance to the Apple Watch.

Of the two models of the Oppo Watch, the report does not confirm whether one or both variants will be launched in India. Oppo Watch comes in a 46mm model and a 41mm model with subtle differences in specifications.

Oppo Watch has a 1.91-inch AMOLED display in a squarish dial, which looks taller than Apple Watch. It is powered by a Qualcomm Snapdragon Wear 2500 processor, a two-year-old processor. It has 1GB of RAM, 8GB of internal storage, and runs on a version of ColorOS tweaked and optimised for smartwatches.

With the eSIM support and an ECG sensor, the Oppo Watch will take on Apple Watch and Samsung Galaxy Watch. There are other functions on the smartwatch, such as blood oxygen level monitoring, wireless charging, and up to 5ATM water resistance. The Oppo Watch also packs a 430mAh battery.

The Oppo Watch was launched in China in March. Recently its spin-off company Realme entered the Indian smartwatch market with Realme Watch.