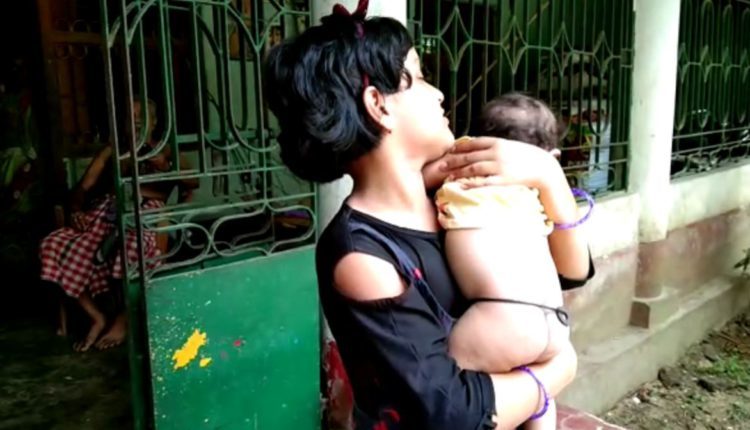 Balasore: If this is not being valiant, what is? A seven-year-old girl here has been taking care of her baby brother in Nimatpur village under Bhogarai block ever since their mother died a week after giving him birth. The father also died soon after. Both the parents had COVID-19.

Kamalesh Panda, 36, was working in the safety department of East Coast Railway in Bhubaneswar and his wife Smita 28, was a staff nurse at Acharya Harihara Cancer Hospital, Cuttack.

Smita, who was in her full-term of pregnancy, was admitted to the COVID ward of SCB Medical in Cuttack on April 15, after she tested positive. She delivered a baby boy after a week but died herself. Her husband Kamalesh returned to his village and left the two children in the care of his elder brother Debasis and his wife.

Later, Kamalesh too tested COVID positive and was admitted to the Railway Covid Hospital and later shifted to a private hospital in Bhubaneswar. After being in ICU for a fortnight, he too, died.

While Debasis is struggling with now he will bring up the two children, his seven-year-old niece has already donned the mantle of a mother, taking care of her infant brother.

Embarrassed About Leaving The Toilet Stinky For Others? Try “No.2 Sprays”