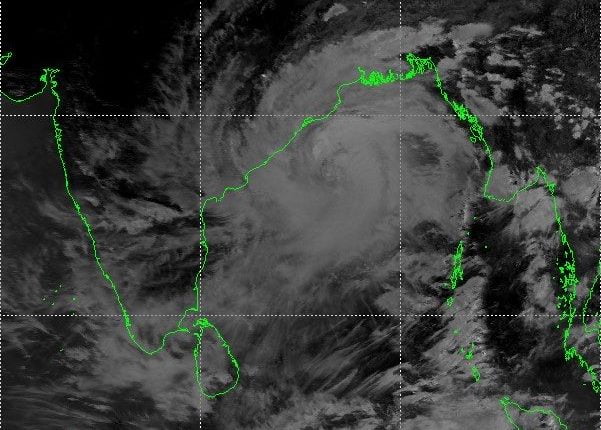 Bhubaneswar: While it has already started raining in the coastal pockets of Odisha, the India Meteorological Department (IMD) on Tuesday said that the movement of the very severe cyclonic storm Amphan along the state coast will begin from tonight.

Briefing the media, IMD senior scientist and Cyclone Centre Head R K Jenamani said that the cyclonic storm will pass 210 km east off Gopalpur coast on Tuesday night, 110 km east off Paradip coast at 11.30 am on Wednesday and 170 km off the Balasore coast that afternoon.

“The cyclonic storm will move in the north-north-east direction and have the landfall in Sundarban area along West Bengal and Bangladesh coast between 3 pm and 7 pm on Wednesday with a wind velocity of 180-200 kmph,” he added.

Stating that the cyclonic storm has intensified into a super cyclone and now moving with a wind velocity of 220-240 kmph in the sea, Jenamani said the wind speed along the Odisha coast will increase after 10 am on Wednesday. “The wind speed along the Odisha coast on Tuesday morning will be 45-55 kmph, which will increase to 75-95 kmph in the night and 110-130 kmph from Wednesday morning, he informed.

However, the intensity of the cyclone will be not as high as compared to Cyclone Bulbul as its pathway will be relatively far off the coast, he added.