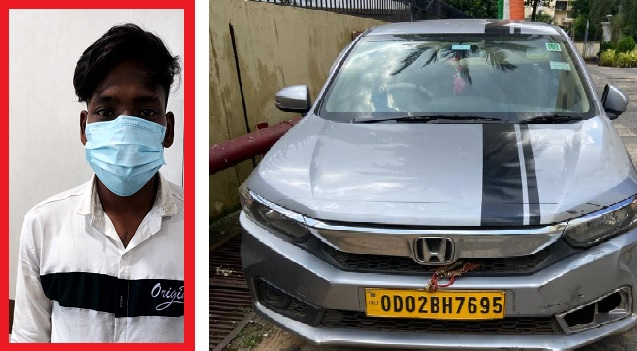 Bhubaneswar: A team of Special Task Force (STF) officials has seized brown sugar weighing over 1 kg in Odisha capital on Wednesday and arrested a peddler.

The peddler has been identified as Umesh Behera, a resident of Bhubaneswar’s Forest Park area.

The STF officials, with the help of Commissionerate Police, carried out a raid on Sundarpada-Jatni
road under Airfield police limits on Tuesday after receiving a tip-off about drugs trading and recovered the contraband weighing about 1.50 kg from his possession.

A case has been registered under Section 21(c)/29 of the Narcotic Drugs and Psychotropic Substances (NDPS) Act 1985.

A special drive against narcotic drugs is underway in the state. Since 2020, STF has seized more than 58 kg of brown sugar/heroin, 202 gram of cocaine and more than 111 quintals of ganja/marijuana, opium 750 gram, and arrested 159 drug dealers/peddlers.