Over 1 Quintal Of Ganja Seized, 2 Arrested In Bhubaneswar 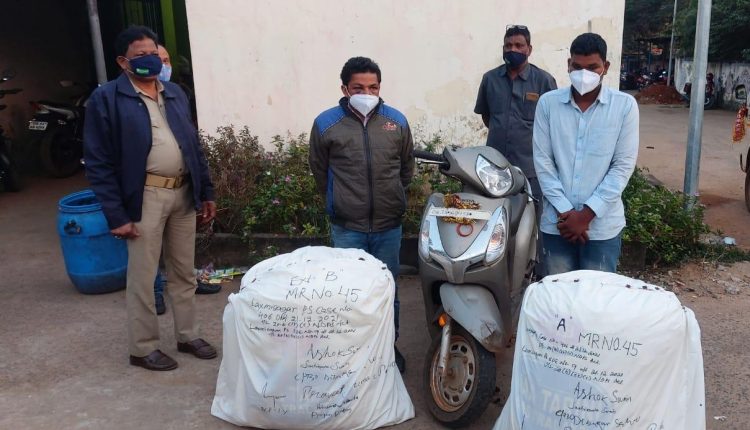 Bhubaneswar: The Commissionerate Police seized over one quintal of ganja and arrested two persons in this connection in the capital city on Tuesday.

On a tip off, personnel of Laxmisagar police station conducted raid on a place on the back side of Sani Temple in Laxmisagar and seized ganja weighing 102 kg and arrested two persons under NDPS Act. The police also seized a two-wheeler and two mobile phones from their possession.

The accused persons were identified as Himansu Baliarsingh (32) of Bandigoda in Kandhamal district and Parameswar Pradhan (23) of Rasakua in the same district.