Over 1300Kg Ganja Worth Rs 1 Crore Seized In Odisha 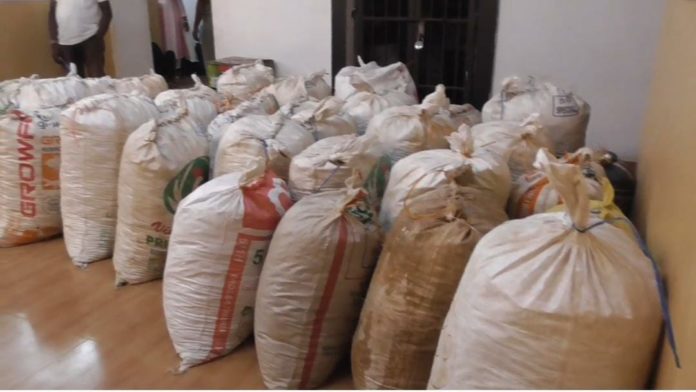 Koraput: Ganja worth Rs 1 crore was seized from Baler village under Machkund police limits in Odisha Koraput district on Monday.

According to sources, police teams from Lamtaput and Machkunda recovered ganja over 1300 kg (cannabis) packed in 58 gunny bags during the joint raid on a building under construction in the village. Two traders purportedly dealing with the consignment fled the spot before police could nab them.

“It is suspected that the traders had planned to dispatch the consignment outside the state. Efforts are on to nab them,” said Nandapur SDPO Sanjay Mohapatra.

Notably, about 301kg ganja worth more than Rs 3 crore in the international market was seized from a truck on Jeypore Ghat Road of the district on December 8. Four persons, including two Uttar Pradesh residents and a Haryana native, were arrested in this connection.

‘There’s Threat To Kill Me, Please Save Me’: Udaipur Victim Sought Security 2 Weeks…