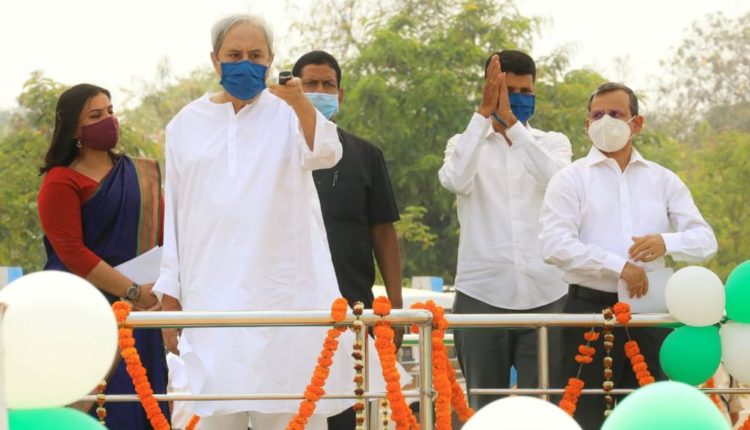 Nuapada: Four months after National Human Rights Commission (NHRC) directed the Nuapada collector to submit a comprehensive report on providing safe drinking water to people affected by fluorosis, chief minister Naveen Patnaik on Wednesday said more than 900 villages in the district have been freed of the problem.

Speaking at a public meeting here, the chief minister said high fluoride content in water from all sources has been a high health threat to the people of the district for a long time. Considering the alarming situation, the state government has installed more than 1000 flouride removal plants. Over 900 villages are now getting safe drinking water from these plants, he added.

Stating that safe drinking water is supplied to one lakh families, he said the government targets to cover 100% population of the district by 2022. The work on 205 pipe water supply projects and a mega water supply project is going on at a cost of Rs 700 crore to achieve the target.

It may be noted following a petition filed by a human rights lawyer on fluoride water in the district, the NHRC had in December last year directed the collector to submit a report on the crisis. The petitioner had mentioned that 905 habitations of the district had been identified to have groundwater contaminated by fluoride. The consumption of the water led to various health problems like skeletal fluorosis in adults and mottled teeth in children.

Meanwhile, the chief minister also spoke on various development projects undertaken in the district including 132 km road under Biju Expressway at a cost of Rs 680 crore, mega lift irrigation project to be completed by December with a budget of Rs 220 crore and Lower Indravati project.

While 1.8 lakh people of 200 villages in Nuapada and Balangir districts will benefit from Lower Indravati project, 18000 acre of farm land in Komna, Sinapalli and Boden areas will get irrigation from the mega irrigation project.

Good News For Govt Employees: Pending DA Instalments To Be Restored From July